Finally arriving in Manila at 9:00 a.m., I could already feel the heat even inside the Ninoy Aquino International Airport. People were waiting impatiently in the queue at the customs. Nothing to declare so we could quickly get off. As a foreigner, one is allowed to stay in the country for 21 days without a visa. As a balikbayan, I’m allowed to stay up to one year.

We were just happy to get our luggage and get out. The first thing we did was to change our euros at the counters just inside the airport. We have to pass through many people haggling us with their taxis and hotels. My travel companion needs a break so bad since he couldn’t smoke in all of the 15 hours since we checked-in in Berlin. 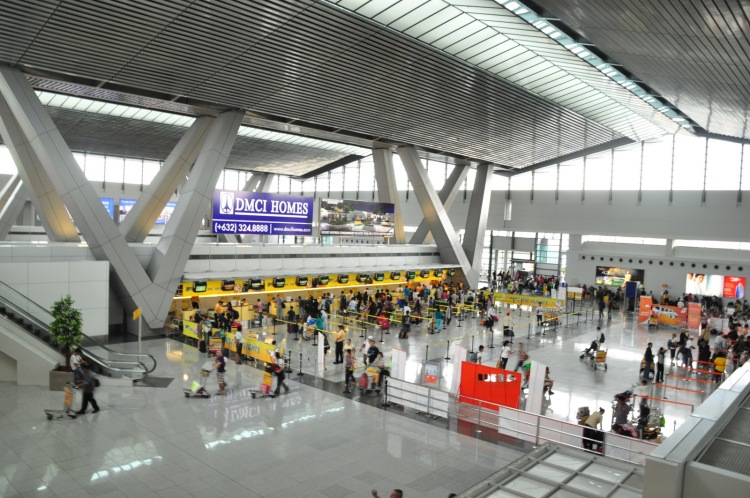 First, we wanted to take a taxi to the domestic airport. It looks near on the map but doesn’t let it fool you. It took us around 20 minutes from NAIA to Terminal 3 (for domestic flights). Just outside the airport are the “registered” taxis that will charge you “ca. 600 pesos” to take you from NAIA to the domestic airport (Terminal 3). But just about 5 meters further right is the airport shuttle stop that will take you directly to domestic terminals. The drivers still expect some monetary tips though. It all worked just fine.

We decided to immediately go to the domestic airport and change our flight schedule. The domestic terminal is relatively new and par to the standard of the international airports. It is clean, well-maintained and air-conditioned. Outside must have been around 30°C and it is a relief for us. Immediately upon entering the premises, our pieces of luggage were scanned and checked. 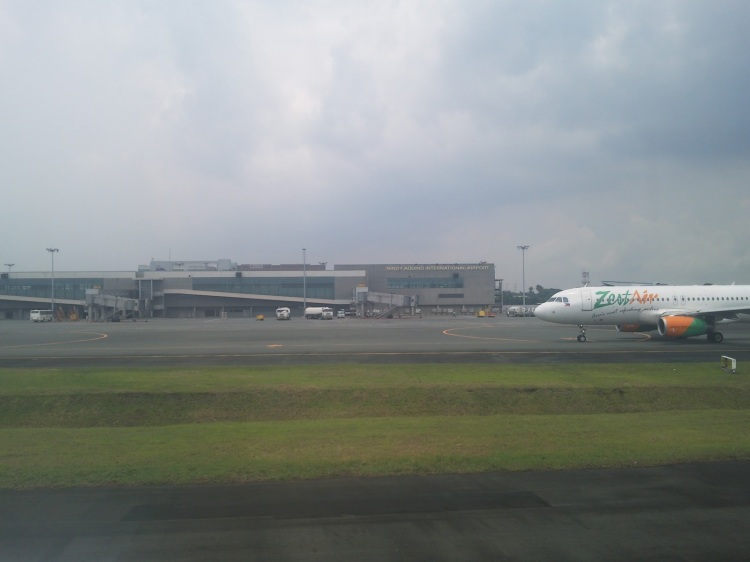 We are supposed to fly to Legazpi City the next day but due to the typhoon “Juaning” followed by “Kabayan” that devastated the province we didn’t risk it to be stranded in such a mess. So we thought it better to reroute it and fly directly to Tagbilaran City, the capital of Bohol Province.  We had to stand at a very long queue at the check-in counter, and when it was our turn after waiting for like an hour, we were told to go to the office just on the side of the building.

News reports said that many towns were flooded and roads are not passable. August-October and even November are the typhoon season in the country, and the north and eastern parts were mostly affected.