We woke up early the next morning, took our breakfast and off to Mactan Airport. Checking in didn’t go as smooth as I have expected. I bought a guitar from Maribago, (which the area is by the way quite famous for good locally made guitars) a present to my niece who’d like to really learn to play the guitar. Upon checking in, I was told by the Cebu Pacific personnel that I have to have it wrapped in a carton, check it in, and then I have to sign a waiver that whatever happens to the guitar, the airline would not be held liable. It must be a big joke, then I’ve asked why can’t I hand-carry it? But the personnel already raised her voice in anticipation perhaps of a battle. I know there is nothing she could do and as most of the Philippine airports (as per experience) are making money out of anything they could think of.

We finally boarded the plane and off we flew to Puerto Princesa. I was born in a smaller island up north of Palawan, Araceli, but I mainly grew up in this city, and it’s been over 8 years since I was last at home. I’m quite excited eventually and really have mixed emotions as I haven’t seen my family for a long time.

We haven’t really expected, but the hotel’s van was already waiting for us outside the airport. That was great since we did not expect someone to fetch us and we were not really keen on having to haggle with a tricycle driver to bring us to Hibiscus Garden Inn.

Hibiscus Garden Inn lies just a few minutes by van from the airport. It’s actually on the parallel street of Manalo Extension. As the name suggests, there is a beautiful garden with many hibiscuses, 14 rooms, a reception with small souvenir shop and a garden restaurant. At the first look, I and my companion were already impressed and decided that it is indeed a fantastic place to stay. 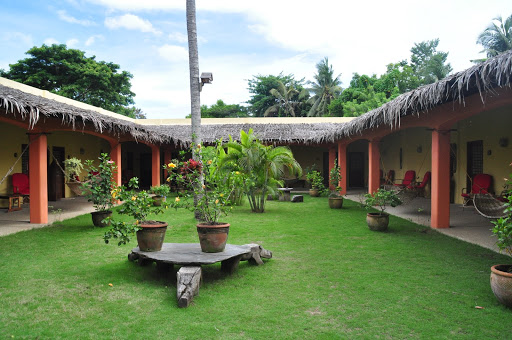 The rooms were immaculate, modern and new (we stayed at 3 different rooms during our whole stay in Puerto Princesa) Each room had a quiet and efficient digital air conditioning systems, flat screen television and a refrigerator with bulging minibar. The windows were open and had a stable mosquito net. We had the cheapest room (Classic Room), big enough and have everything you need and it costs ca. 30€ per night. They also have a larger one and a bit more expensive, but why pay more if the classic room is already fantastic? 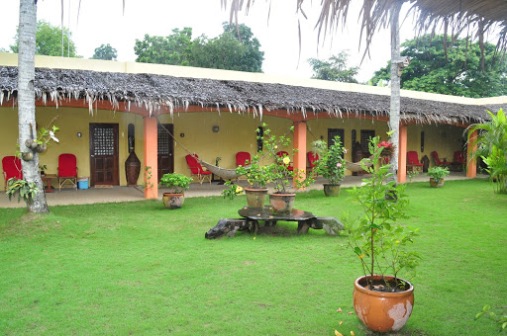 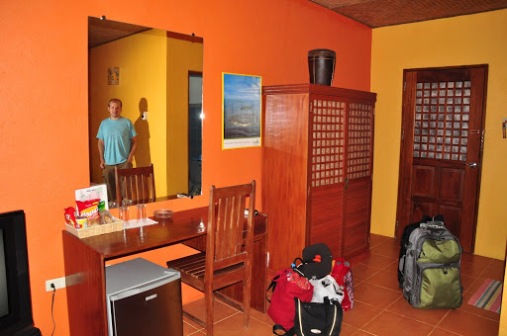 In front of the rooms are hammocks and chairs with a table. That provided more seating areas. Next to it is the beautiful garden with manicured lawn and benches with tables. It is really an oasis of relaxation and yet in the city and very close to the airport. We have even sighted some sunbirds.

However, breakfast cost extra. Western breakfast is a bit thin (coffee and two slices of bread with jam). The Filipino breakfast is a bit better. The best part, however, was the service. We first had to have our laundry washed. It worked just fine, and we got it back the next day. The staff are accommodating and friendly. We booked all our tours as well as rented a van for a trip to the Underground River which they facilitated very efficiently. The tours and rented van were actually not from Hibiscus itself but from their partner tour operators. In case of problems, they were always accommodating. (We could print an e-ticket for a flight or phoned the driver in Sabang when we did not find him). They are not only very efficient and friendly but very professional.

The ashtrays were repeatedly checked and cleaned every day. They also have thought about everything including putting mosquito repellent coil (katol, which is burnt like incense) to ward off those pesky mosquitoes at night. There were also umbrellas for the short distance from the rooms to the restaurant. My companion who is very picky about food however raved about the “best pizza” he had during the whole trip.

We spontaneously had a chance to drive for an overnight stay in El Nido, and we had to cancel our stay at Hibiscus on a short notice and rebook a night after which went without any problems.

Even though it didn’t have a pool, Hibiscus Garden Inn was our favourite hotel on the whole trip.