The rented van came to pick us up at around 7:00 a.m. The ride costs 500 Php per person which we booked through the hotel. One can take a regular van plying the route PPC-Sabang. The terminal is at Fort Wally (the new public market in Barangay San Jose, which is outside the city center). We wanted to be spared of such woe so we decided to just book it from our hotel. There were other guests and a tour guide but they were only on a day trip to the underground river. 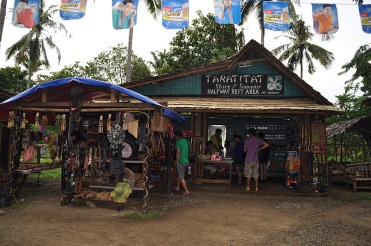 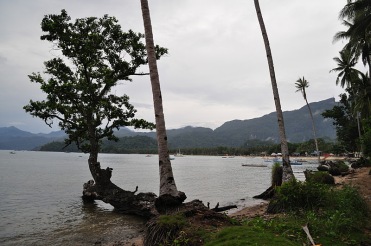 The road to Sabang was asphalted until at least up to Bahile, where the road forked. Then it was broken with some road works going on. I can still recall way back in the 90’s, it was really a torture going with the clumpy jeepney on this rocky road. We then made a stop along the way at an eatery where the driver and tour guide took their breakfast and the rest of the group browse around the souvenir shop (I bought a bamboo back scratcher) or relieved themselves. There I saw an advertisement of Tio Rod’s Restaurant which logo I designed the first time I saw it in print. 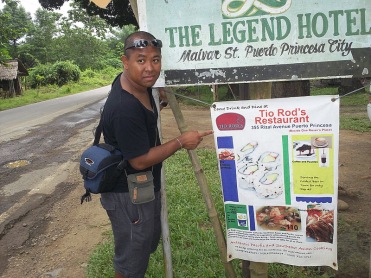 Upon arrival in Sabang, the first things you’ll see are the tourist vans parked next to the tourist office near the wharf. There you can get a permit, pay an entrance ticket to the Underground River and book a boat if you haven’t got a permit in the city prior to the trip. Else, the tour operators would have arranged everything except for the boat.

We first went to our hotel. We didn’t book any accommodation in Sabang because we wanted to be spontaneous. We were considering about going to the more expensive Daluyon or to a cheaper place. I prevailed and decided to go to Dabdab Cottages.

Dabdab Restaurant and Cottages are located a few minutes’ walk to the left of the pier whilst all the other hotels are on the right to the vast expanse of a fine white sand beach. Right by the pier are some stalls selling foods, souvenir items and clothing (but still no ATMs). The road to Dabdab was a little trip to the coconut groves and on some parts was muddy due to the rain the previous nights. A quite pushy guy who already approached us when we arrived was already trying to take our bags and wanted to bring us to another hotel. He was very persistent and walked us half of the way even though we’ve already politely declined his offers. My bet was that he gets some commissions for every guest he could take to the other hotels. Not only that, he was already trying to get us a boat ride to the underground river and a ride back to the city. 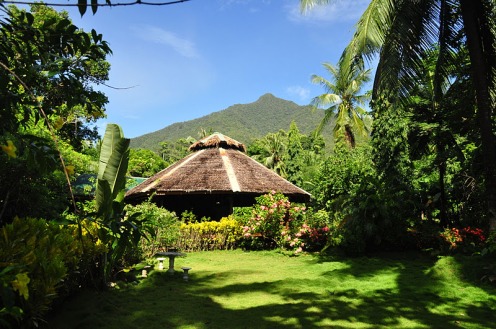 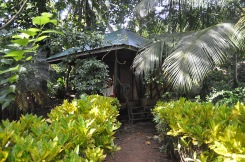 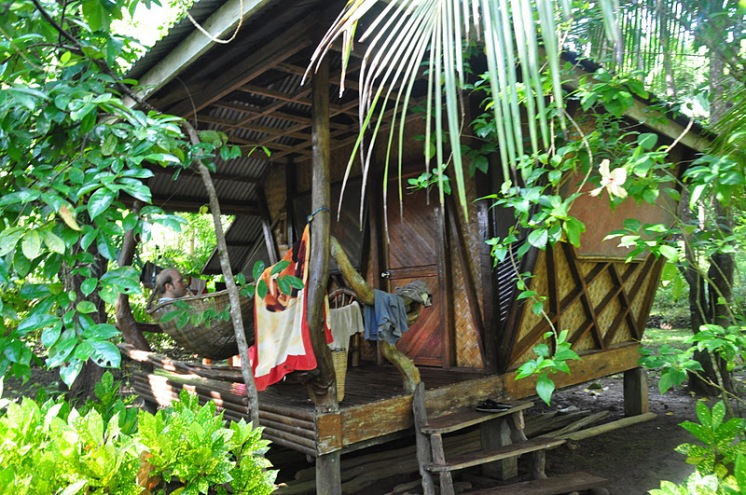 Thank goodness we already booked our ride back. Besides, there were regular passenger vans going to and from Sabang. A ride back to the city can be booked directly there through the drivers.We were lucky that Dabdab had a vacancy. It was off season so I would safely assume that in Sabang, there were still many available places to stay. Most of the tourists go there on a day trip and were gone in the evening. 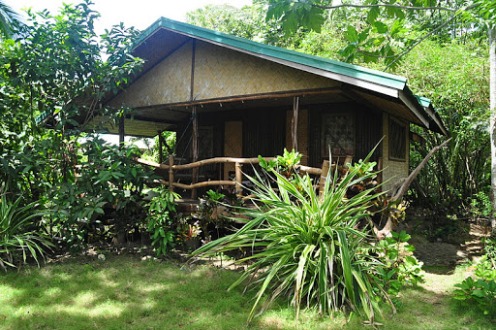 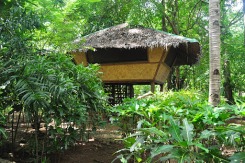 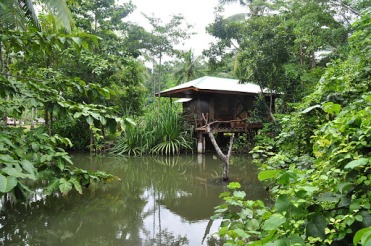 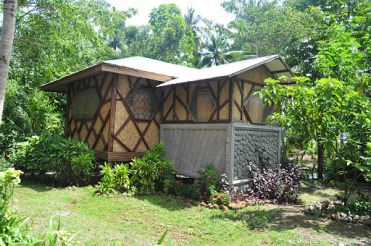 A small cottage with private bath costs 800 Php (Philippine peso) a night. They even have cheaper huts and dorm rooms for bigger groups or family with common toilets and bathrooms. Each cottage was placed away from each other on a large jungle-like garden and looks very nice from outside. It also has a little veranda with a hammock and chairs for sitting outside. Inside was a bed with mosquito net. All the windows were laid with insect nets and that’s quite reassuring since it is still a malaria prone area. Unfortunately, there were some holes in the nets. It was the very first cottage they have and needs some repairs. Electricity is available only a few hours. The toilet and bathroom at the ground level is very basic with a shower that only has cold water. I didn’t really mind the cold showers since it was really hot and humid even in the rain-forest and I sweat a lot. Overall it was clean and there was no vermin showed up the whole time we were there (which was the case in some more expensive hotels we’ve been).

All cottages were designed by Dante Ausan who is the owner. I’ve known him personally for over 15 years. Each cottage has a very unique design. The restaurant is the main feature of the place. It is an elevated octagonal shaped edifice made up with local materials (bamboo, wood etc.). The wooden furniture made from driftwoods, dead trunks and scrap woods are just unique pieces all made by its owner.