We haven’t really seen Lagos so we decided to stay in town instead of our planned trip to Faro and Tavira. The visit there would have taken us a whole day. Lagos is really nice, located on the water, very clean city with many beautiful small streets and artistically designed. We have read that the streets would be unbearably crowded in summer, and I could already imagine because even at this time in April, there’s already a lot going on. The street cafés were already crowded.

We began our tour at the small fortress, “Fortaleza da Ponta da Bandeira” which is on the waterfront and on the road from the hotel to downtown. It was built in the 17th century to protect the port. It has been restored and now houses small museum of Portuguese discoveries. There was not much to see though but on the rooftop, there are numerous modern artworks of pretty figures of different types of wind-machine kind of things. 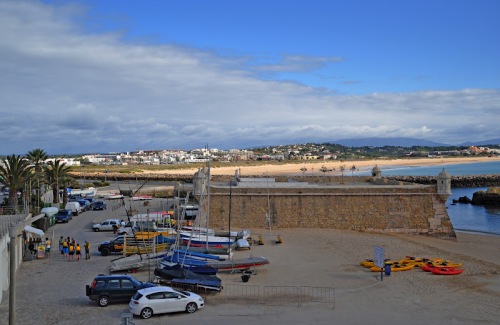 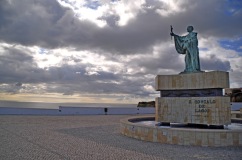 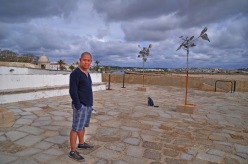 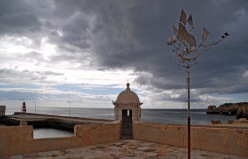 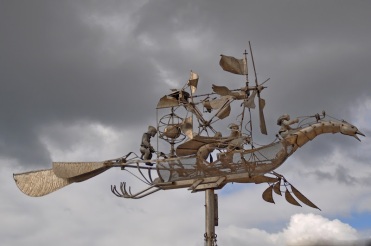 Directly opposite is the impressive city walls “Muralhas” and the beginning of the old town with its narrow streets. We passed by at a church and fled from the beggars who are acting strangely more dramatic than the beggars in Berlin. (One was missing a leg and the others were moaning or kind of wailing like they were in some kind of pain). They sat strategically at the entrance of the church. 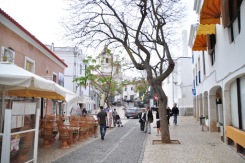 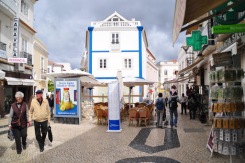 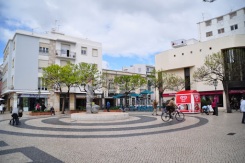 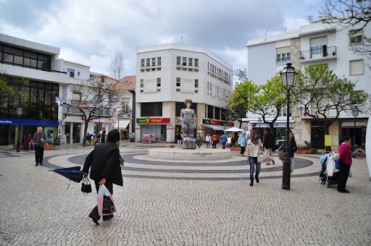 Further on, we passed by at the fish market. It was very clean for a wet market. The ground floor was reserved for fish, other sea foods as well as vegetables. On the upper deck is a kind of open area where you can view the hustle bustle of the town and the marina and on back side is an art or science museum. We just looked around and took some photos of the place. 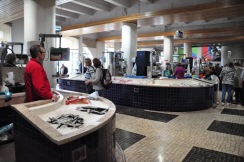 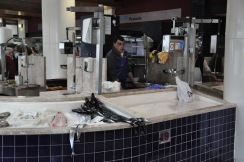 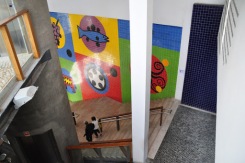 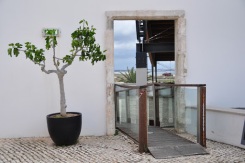 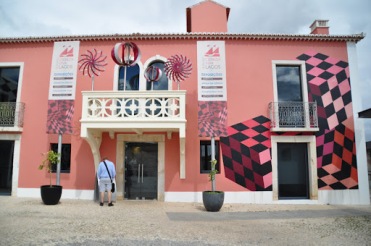 When we went down, I saw a shop and immediately went in when I saw the kind of low crotch pants I was looking for. I got the shorter version though. Tezenis is just like H&M, and I love it.

It was windy when we got to the other side of the avenue. The marina is another going out area with a lot of restaurants and cafés. We were hungry and my friend Krizz, a foodie, esp. told me to try Piripiri so I ordered chicken Piri Piri. I was actually expecting a real hot spicy Piri Piri, but all we got was just a fried chicken. Well, what important was that my friend was happy with his food. He said it was delicious. 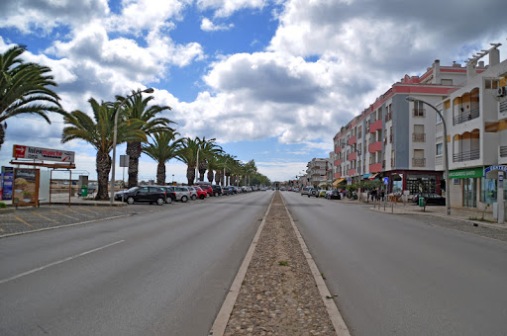 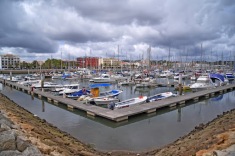 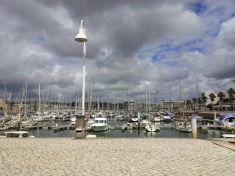 The area looks like the party mile during summer. I could only imagine how full it’s going to be. On our way back, there was this lady who was smiling at me and I realized it was the same Canadian woman we’ve met the previous evening on the beach at Praia Dona Ana. It was funny to meet her again. We said our hellos and she took our pictures while I gave her my website address.

We went back to our hotel to rest a bit then decided afterwards to go to the other direction going to Ponta da Piedade, another promontory and a lighthouse. From our hotel, we went off to the right which was the opposite direction to the city center. The road goes directly to the lighthouse but there are many viewing points along the way. We made a stop and went down to Praia do Camilo; there was a small restaurant at the beginning of the stairs going down to the beach. It was quite busy even though the season hasn’t really begun. There were already a few sun worshippers around at the beach even though it feels a bit chilly still. There was another beach but going there would get us wet so we decided against going there. Off we went to our little hiking on the beautiful landscape and cliffs with the view of the Atlantic Ocean.

In the evening, we went again to “our” beach, Dona Ana. I forgot to bring my tripod, so I had to go back again alone.