On our third day in Kyoto, my flu got worse, but it was the last day of our 7-day-Rail Pass, and I really wanted to see one of Kyoto’s most famous sights, the Fushimi Inari Shrine. I took my time to get ready and had to pop some more pills to hopefully get me through the day. Usually, I wouldn’t mind walking long distances and skip a meal, but first I had to make an agreement with my companion to take things slow as I would be needing more rest or stop along the tour throughout the day. The JR Inari Station was just two stations away from Kyoto Station, so we walked from the APA Hotel Kyoto-Eki Horikawa-Dori to the train station, took a train and were at the Fushimi Inari Station in no time. The way to the Inari shrine is basically just on the opposite of the train station, and you just can’t miss it.

It was sunny and crowded, even if it was just shortly after 9 a.m. At first, we took a look at the impressive temple grounds.Then we followed the trail behind the complex, which leads to the Fushimi Inari-Taisha. It is beautiful and imposing. We walked through the gates and came to another area, where a new line of torii gates started. You can walk through the torii gates all up to the mountain, and there were shrines at the breaks of every group of Torii. But I felt weak, and so we decided not to pursue the whole length of it and returned downwards after a while, back to the temple area and to the train station. 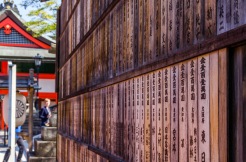 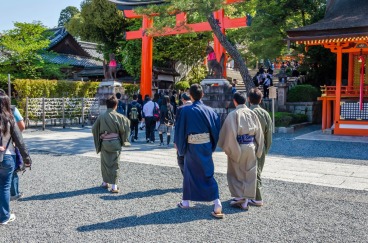 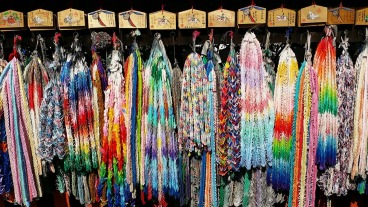 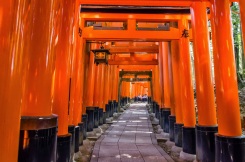 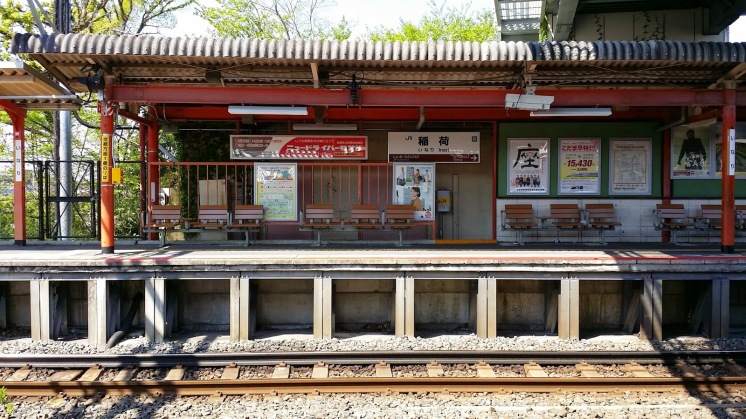 From the JR Fushimi Inari Station, it was just a short train ride to Obaku Station, our next stop. We wanted to see another temple, the Mampukuji Temple. It isn’t far from the train station, but we somehow took the wrong way and managed to get lost yet again. Then an older Japanese man on a bike passed by and offered help. He actually had some kind of little electronic navigation system, and while he didn’t speak English, we showed him the printed out name of the temple in Japanese. It took some time until he found it on his little piece of navigator and it turned out to be quite close. The man even accompanied us to the entrance which we thought was especially helpful.

When we entered the Mampukuji Temple, we were surprised how empty it was. We were mainly the only visitors at that time. Good for us, because it’s a vast complex, that’s also very peaceful. There was a lot to see inside the different buildings, and the garden was filled with many pots with lotus flowers. Especially impressive were the two lines of life-size statues and the wooden fish. We came to the back side I believe and bought some cookies and soda there, sat down and relaxed and then headed back to the train station, this time following the right way! 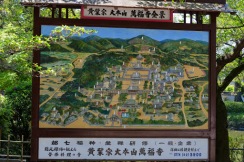 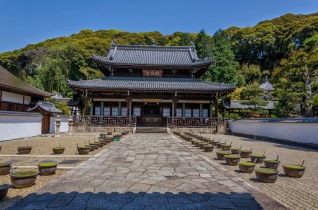 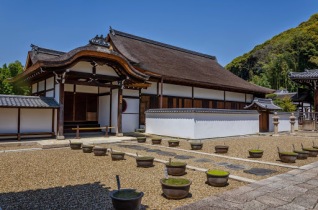 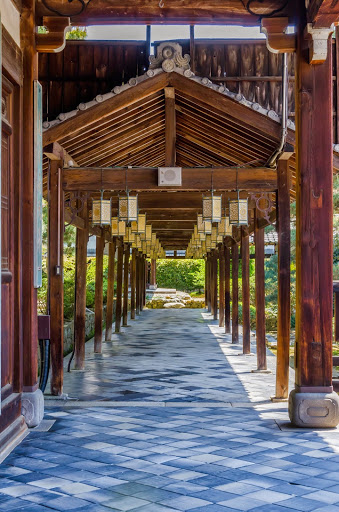 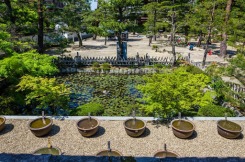 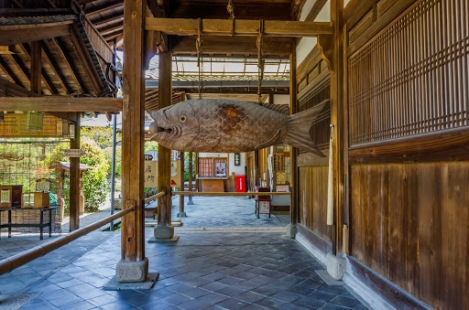 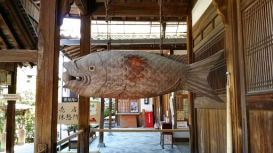 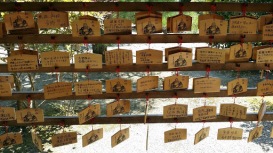 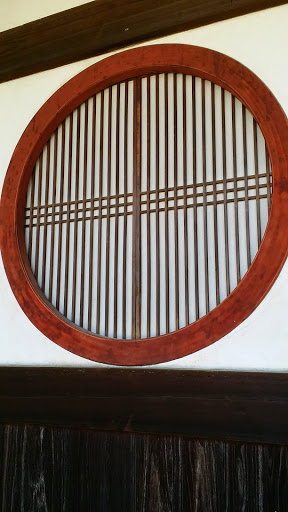 From Obaku Station it is just one more train station to Uji, a small town between Kyoto and Nara. It is beautifully located in a river. From the Uji Train Station, we walked to the river, to an interesting statue of I believe was the scribe of “The Tale of Genji”. There is also the entrance to a kind of shopping street where you can get the local specialty, the green tea, and even food with tea as an ingredient. The road leads us to Uji’s biggest attraction, the Byodoin Temple, which is a World Heritage Site. 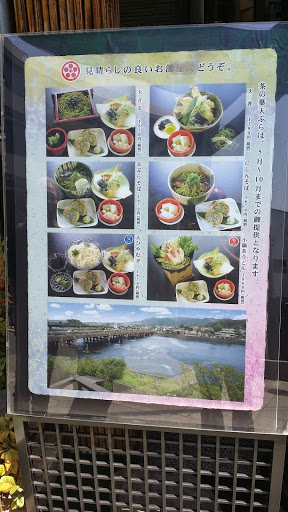 After paying the entrance fee, we followed the route inside the beautiful Byodoin Temple complex that led us around the lake in front of the temple. Then the course continued to a museum. At the exit of the museum was a resting area, where we relaxed a bit, before exiting the complex and advancing to the river. 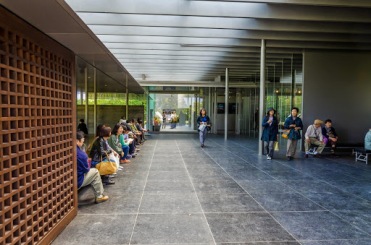 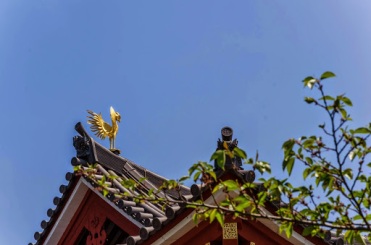 We crossed the river and went to a little island inside the river, from where another bridge leads to the other side. From there we walked to nearby Uji Shrine, which is another World Heritage Site. 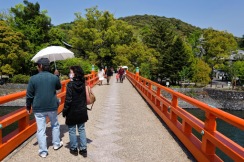 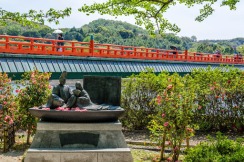 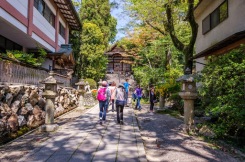 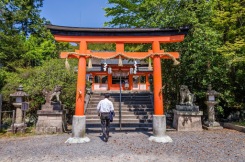 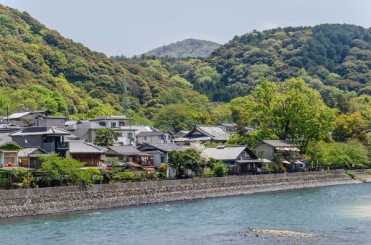 Since I wasn’t feeling too well, we skipped the plan to continue by train from Uji to nearby Nara, which has a multitude of attractions. It won’t have been good if I drop due to exhaustion. Instead, we took a train back to Kyoto Station and just went grocery shopping and then I went to sleep, while my friend went to the Onsen at the top floor of the hotel.