My nephew fetched me with his tricycle from the Hibiscus Garden in Puerto Princesa the next day. His little sister (my niece) came along together with the other nephew. We ate at the new Robinsons Mall first and waited for his girlfriend and their couple of months old baby girl. Now I’m a young grandpa. 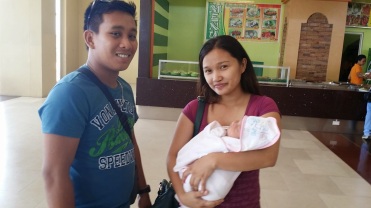 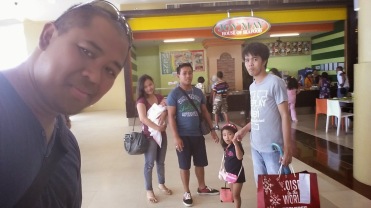 We then drove around the city and passed by the new campus of the Holy Trinity University. I walked down memory lane a bit by also passing by my old university, the Palawan State University. We were just at the gates, though. 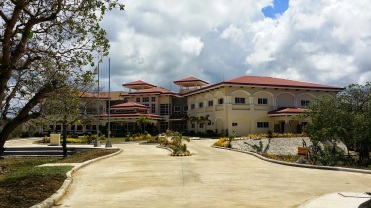 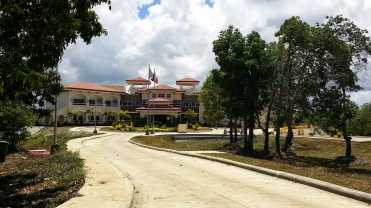 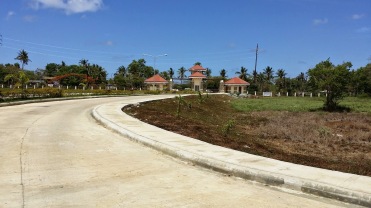 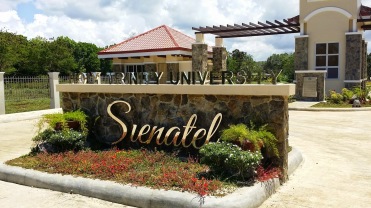 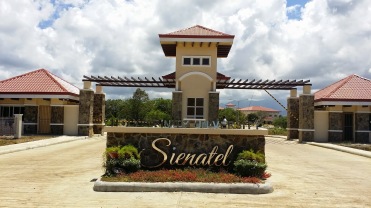 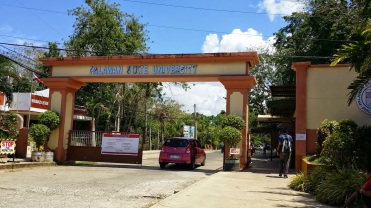 We continued to the new city hall and looked around the new building of the city government. Actually, a lot is going on in Puerto Princesa. The Robinsons Mall is also new, and I read, that a new airport shall be ready in 2017. 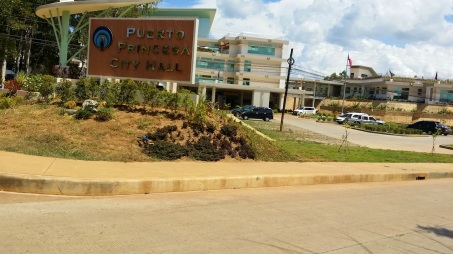 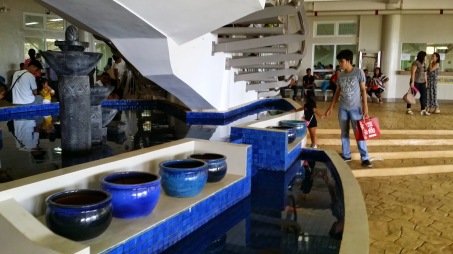 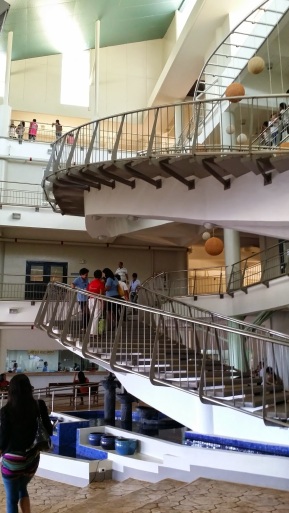 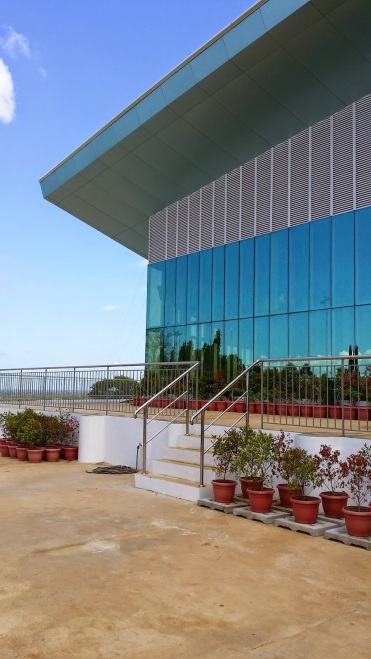 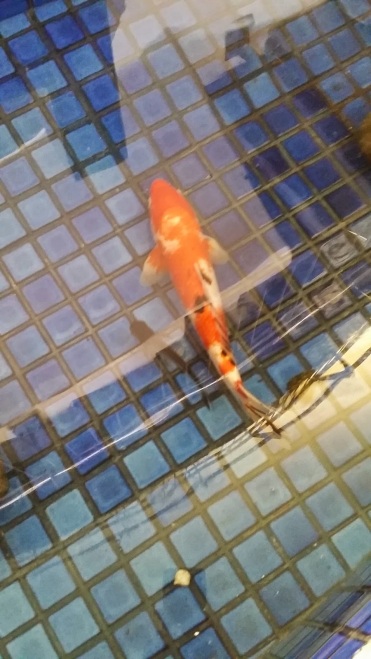 I had called up for an appointment with the dentist, a high school batchmate, and said I could come later in the afternoon. So I sent my little niece and my nephew back to their place, while my other nephew drove me there. Thanks, Vicky! Since the dental clinic of my friend is near the port area, we decided to hang around a bit at the Baywalk, the area that used to be a slum and is now reclaimed and made into a promenade with food stalls. Of course, we also made a short stop at the Immaculate Conception Cathedral and Plaza Cuartel with a memorial for fallen American and Filipino soldiers in World War II. 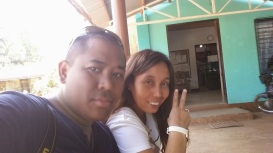 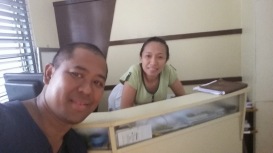 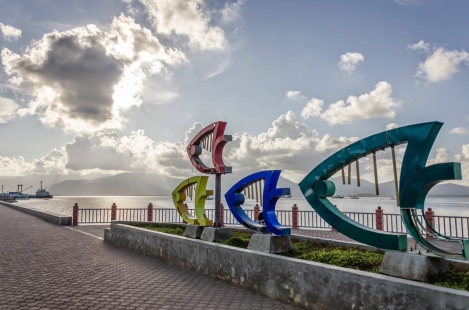 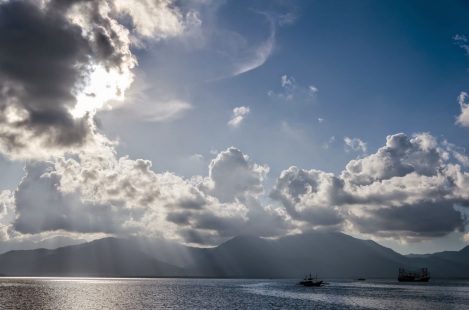 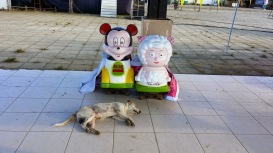 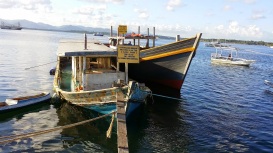 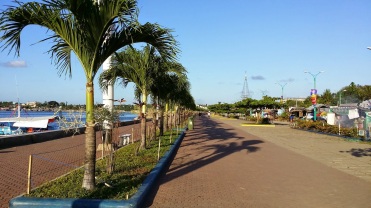 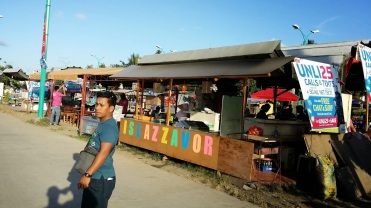 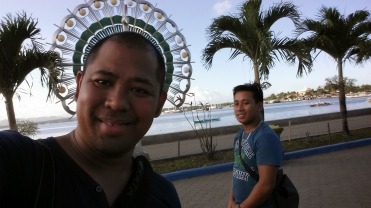 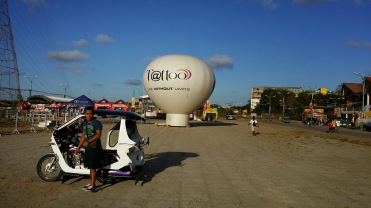 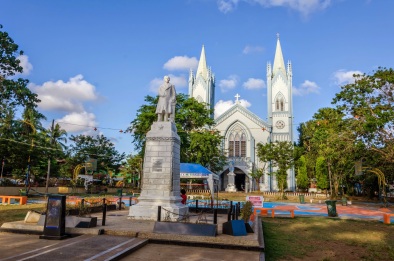 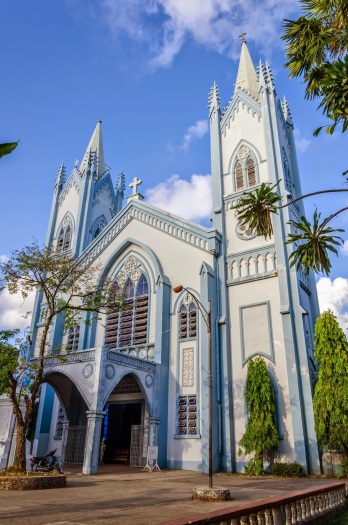 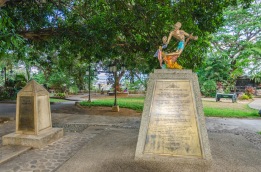 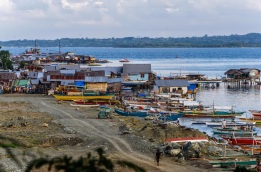 We returned to the beautiful hotel, and later I went for dinner to Kinabuch with my nephews. 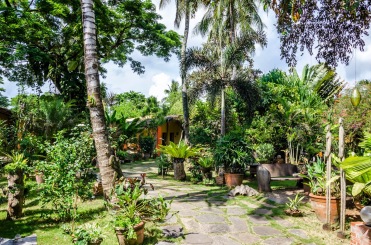 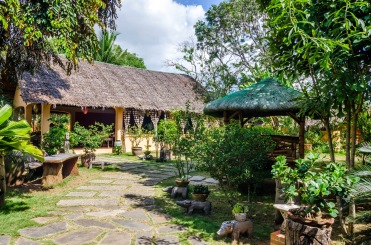 Puerto Princesa is for most tourists the entry to Palawan. From there you can do a day tour to the beautiful islands of Honda Bay (where I was three years ago) or travel onwards to Sabang with the Underground River or as far as El Nido, with the magnificent landscape, that I also remember fondly. There are also transport and tour services. If you are in Puerto Princesa, you should, however, even plan at least a day to visit the town.