We slept a little longer on our final day in Taiwan. After breakfast, we brought down our luggage to the front desk of our hotel, the Via Hotel, and used their luggage storage. Our flights would take off around midnight, so we still had a day left in Taipei. We just wanted something relaxing and decided to visit Maokong, the tea growing area of Taipei.

However, as it was just one MRT-stop away and we hadn’t seen it yet, we went to the Longshan Temple first. It is effortless to visit, as it has its own MRT-Station. Signs lead from the station through an underground shopping mall directly to the temple. A lot was going on. People brought gifts in the form of food and were busy worshipping. I had my share of temples already and focused more on the waterfall at the entrance of the temple, while my friend toured the temple. 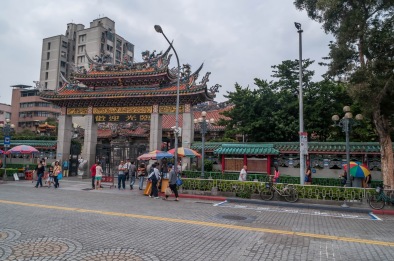 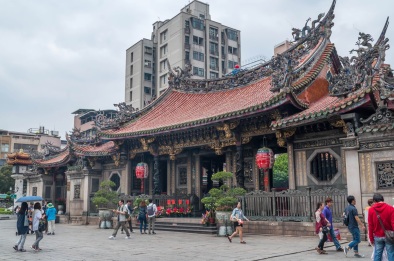 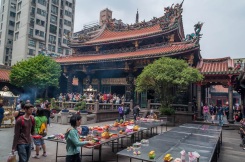 From the temple, we followed the Guangzhou Street in front of the temple a bit to the west, where the Huaxi Night Market Street (“Snake Alley”) starts. However, it was much too early, and everything was closed, so we quickly walked back to the MRT-Station. The whole, somewhat rough area didn’t seem to be too inviting anyhow. We also resisted following the signs inside the mall to the Fortune Telling Street.

After this excursion, we finally started our Maokong-Trip and took the MRT to the Taipei Zoo Station and followed the signs to the Maokong Gondola. We first showed our 5-day-Taipei-MRT-Pass to the staff, but they signaled, we still had to buy a ticket. Although it was a Saturday, we, fortunately, didn’t have to queue long and soon entered the gondola. 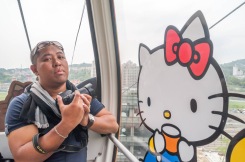 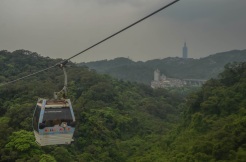 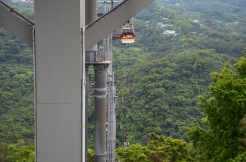 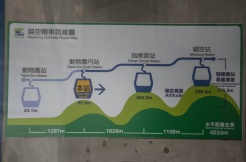 The Maokong Gondola had several stations and was much longer than we expected. Despite my mild acrophobia, I enjoyed the ride, as it took us through the green mountains. We had decided to exit at the Zhinan Temple Station first and found a lovely cafe right at the station to enjoy a lychee smoothie, iced tea, and fried rice. Initially, we had planned to walk around a bit in the area, looking for some temples. However, while it seemed to become a hot and sunny day in Taipei when we left the hotel, the weather unfortunately changed and we suddenly found ourselves in a cloudburst. We waited for that one out and then walked to the nearby Zhinan Temple, at least we thought. Unfortunately, we took the wrong way, and another cloudburst welcomed us, just when we arrived at a temple, which wasn’t the Zhinan Temple. Luckily we could find shelter at a shrine we saw in the otherwise empty temple, we had accidentally walked to. 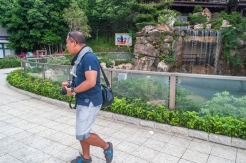 We took the next break in the cloudbursts to quickly return to the Zhinan Station of the Maokong Gondola and soon entered a cabin to go further up the mountains towards the Maokong Station of the gondola. Up there we found a long queue of people, who wanted to take the gondola downwards, due to the weather. So we decided to stay a while and, as there was no rain at the moment, walked towards where we suspected the Tea Promotion Center must be. The road led to the mountain, so we had fantastic views, and there were many tea gardens. One had parasols, and there we hid when the next cloudburst arrived. 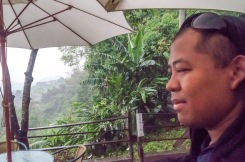 The parasols were just a partial protection against the heavy rain, so we used the next short dry period to walk back to another tea garden in sight, where we could sit outside but still had a real roof and a view. We stayed there for a while, enjoying more iced tea, this time with grapefruit, and ordered waffles with honey.

It was clear by now that the weather wouldn’t change for the better anytime soon. So we skipped the plan to walk to the Tea Promotion Center and decided to return to the gondola. By now the queue, fortunately, had mostly disappeared, so it didn’t take long until we could board the gondola. Unfortunately, we had to exit the gondola at the Taipei Zoo South Station when they closed down the gondola due to an upcoming thunderstorm. That station is still a Gondola-Station away from the Taipei Zoo Station, where the MRT-Station is. Together with many more gondola guests we first had to wait inside the station. Then they announced in Chinese what happens, I think. We didn’t understand anything but had gotten a number, and when we saw people starting to line up at the counter, we did so too. When our time at the counter came, we got back the whole money for our tickets, which we totally didn’t expect! 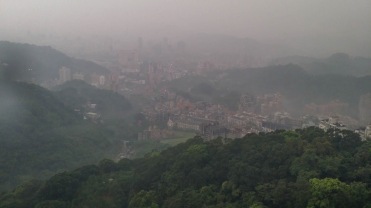 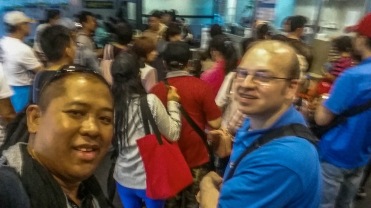 However, most of the people then waited behind the gate – for special buses to transport everyone down, we suspected. So we remained there too. We theoretically could have walked down through the Taipei Zoo, which seemed like a lovely idea, as it has its south entrance right at the station. Practically, however, it was already closed. Still, some people seemed to have decided to walk down. And when after a while yet no bus arrived, we decided to walk too, after taking a look at the map. It took some time, but after a while, we had managed to be back at the MRT-Zoo-Station. All said it wasn’t the excursion we had planned, but it was quite an adventure, and the mountainous and green Maokong area is really worth a visit.

Back at the hotel we still had some time, before the cab we had arranged with the hotel would take us to the airport. They were mainly lovely and helpful, and we could wait in the breakfast area and got our luggage to use their scales. As it turned out, even my already extended 30-kilogram allowance for my onward flight to Puerto Princesa wasn’t enough, so I had to repack, to get it right. We then could freshen up in the bathroom at the breakfast area, before we left. The cab to the international airport cost about 1.000 Taiwanese Dollars (30 Euro) and needed about 40 minutes. 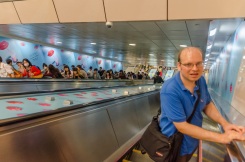 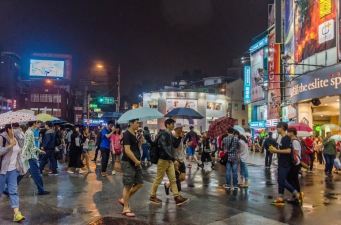 As we left from different terminals, I first accompanied my friend to his terminal to check in for his flight to Amsterdam and then Berlin. Then we took the Sky Train, which connects the terminals and runs every 5 minutes, to get to my terminal. Unfortunately, I couldn’t check in yet for my Cebu Pacific flight to Manila, from where I would continue on the same day to Puerto Princesa. So we said goodbye, as he returned to the other terminal. 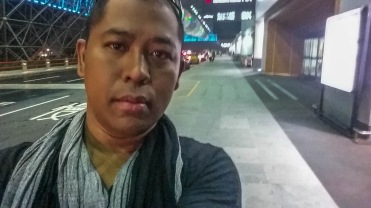 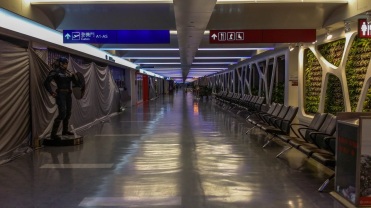 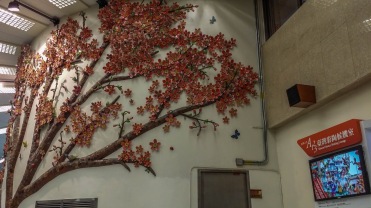