After enjoying the big and delicious breakfast buffet at the Grand Hotel Rogaška, we dragged our bags to the nearby bus station in Rogaška Slatina and took a bus to Celje. Our plan was actually to get to Celje, store our luggage there and do some sightseeing and then continue to Ljubljana, to change to a bus to Kamnik, our home for the next two nights. 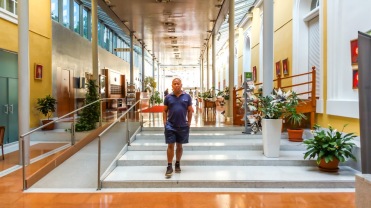 When we arrived in Celje, we were standing at the bus station wondering where to store our luggage. It wasn’t possible at the bus station, the lady at the counter told us, (not sure if in general or at the time) and when we walked with our bags to the nearby train station, there were lockers, but they were out of order. And when we asked the guy at the counter for an alternative, he couldn´t help. Fortunately, I saw the Tourist Information, when we exited the train station in Celje, and we gave it a try. Even more, thankfully, the nice guy there let us leave our bags at the Tourist Office. This was great because otherwise, we would have needed to skip Celje at all.

Celje is the third largest town in Slovenia and has an exceptional attraction that we wanted to see: Celje Castle, which towers above the city and is Slovenia’s largest medieval castle. So we started to walk from the train station southwards until we came to a roundabout and followed the path to the left along the river, crossed a bridge, walked under the railroad tracks and then took the first road to the right – where the way up to castle started.

The path was easy to follow, but it goes up very quickly. It was scorching in Slovenia with close to 30 degrees. Midway, I decided to strip off my shirt as I was sweating profusely. When we finally arrived at the castle, my friend looked like he had taken a shower and forgot to undress before. I, on the other hand, looked quite fresh like the other tourists who all came up by car to the castle. 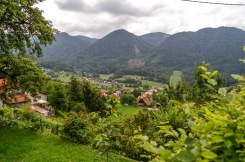 After we put ourselves together again at the restaurant with cold drinks, we started to walk around the castle, and it was well worth the effort. There is a fantastic view from the defense walls, and we could walk up the tower where there is another platform. It was awe-inspiring and reminded me a bit of the Moorish Castle we visited in Sintra, Portugal. 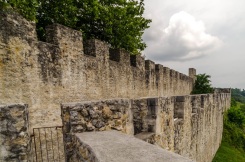 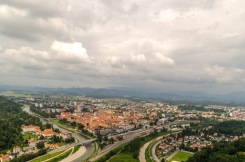 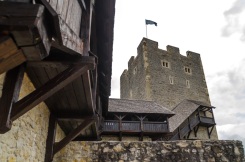 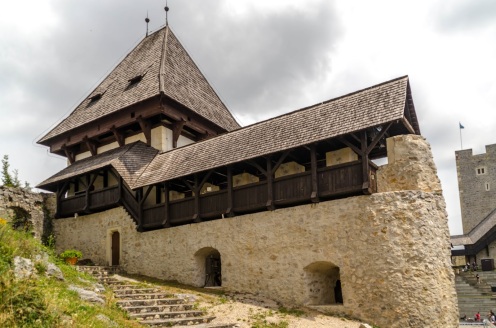 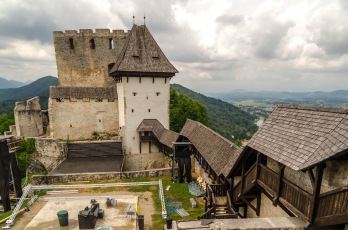 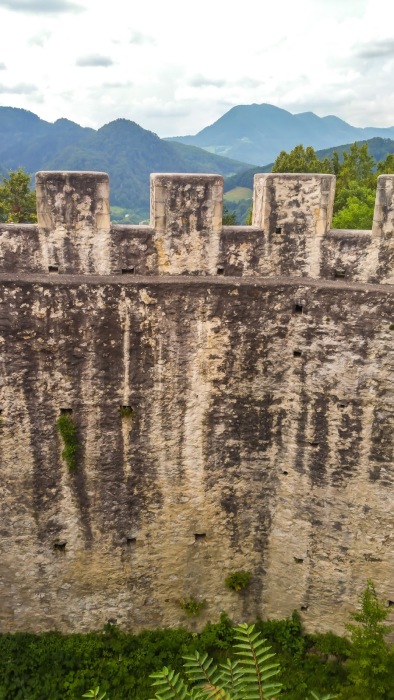 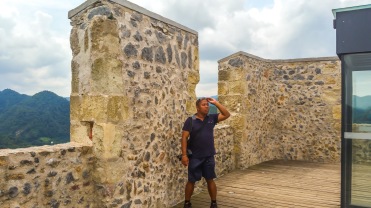 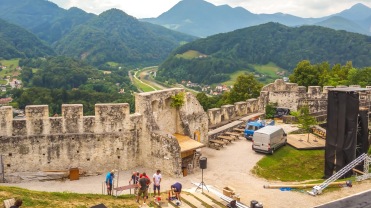 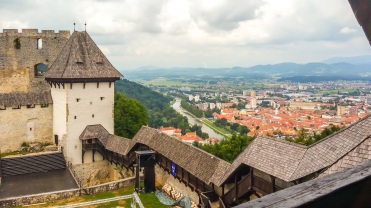 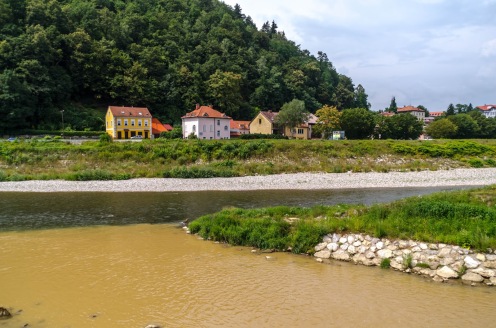 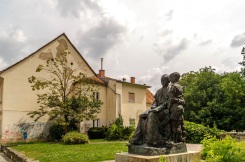 We got our luggage out of the Tourist Information and walked back to the train station, where we bought tickets for the next train to Ljubljana, and from Llubljana we changed into another train going to Kamnik Mesto Train Station. From the train station, it was just a short walk to our home for the next two nights, the  Guesthouse Špenko. Our room was tiny, but it is conveniently located at Kamnik’s bus station. It has a small refrigerator which is a welcomed change since it was hot in Slovenia at this time of the year. Unfortunately, there is no aircon. As luck would have it, it rained at night, and it got cool, so we could sleep with an open window. It was breezy. 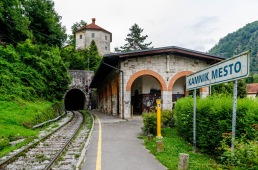 Our main reason to visit Kamnik would have to wait for the next day, as it was already evening: Velika Planina, a settlement in the Kamnik Alps, which you can reach by cable car. We also planned to go sightseeing in Kamnik, which offers museums, architecture and is a beautiful destination itself. For today, we just settled for the supermarket and later walked around a bit and went to have a late dinner.