We were roused from our slumber by the many and somewhat enthusiastic roosters’ crowing. You don’t really need an alarm clock when you want to get up early in Sabang. After being awakened at 5 a.m., I decided to get out and take some fabulous sunrise photos while my friend decided to get back to sleep more. Sabang is still very peaceful at this hour.

Back at Dabdab Cottages, I lay down outside on the terrace of our room bathing in the fresh breeze of the morning. It has a beautiful garden, overlooking the ocean.

The check-out time would have been at 12:00 noon, but the hotel allowed us to leave our stuff there and even to use the shower and bathroom of the other room before we would go in the afternoon. It was great since we booked our seats in a van from Lexxus Shuttle Service for the 4.30 p.m. departure. We still had some time left before we had to return to Puerto Princesa. First, I had delicious and cheap local lunch, while my friend had a freshly made Mango-Guyabano fruit drink and then I asked at the Lexxus booth if we could have the more spacious) front row seats on the way back. It was good to ask because only then we got to know, that they had our booking wrong. While we had tickets for Puerto Princesa (printed out), they had noticed, that we would go to El Nido. After some telephoning on their side, it was all cleared up. 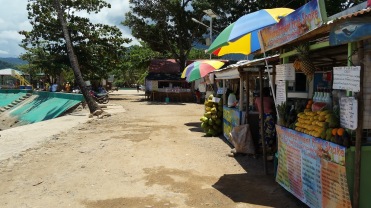 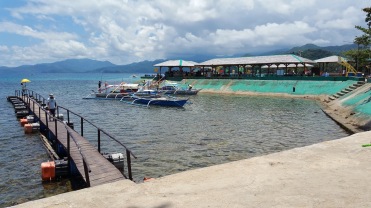 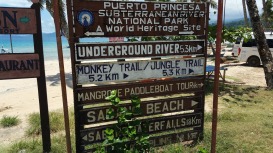 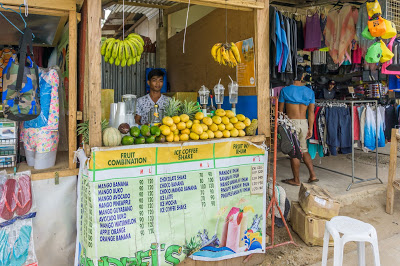 It was already so hot that we skipped the idea to walk to the waterfall. After all, I was there already three years ago. Instead, we walked parallel to the coast past the starting point to the Mangrove River Tour, crossed the bridge and came to the entrance of the Monkey Trail, which leads to the magnificent Underground River. It was a bit annoying that we had to pay a little fee (50 Peso, if I remember correctly) just after the hotel area to walk along the path, as it leads through “private” grounds. 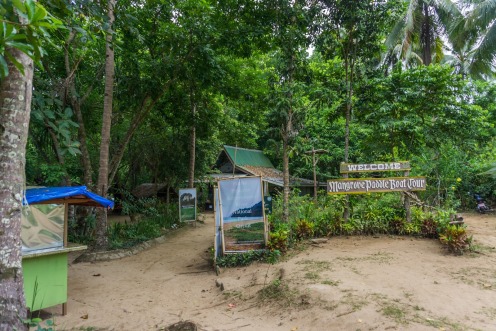 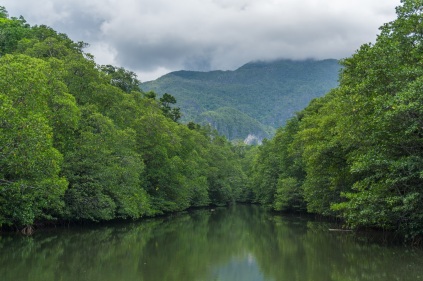 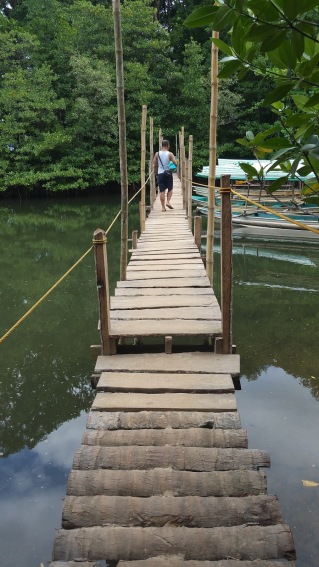 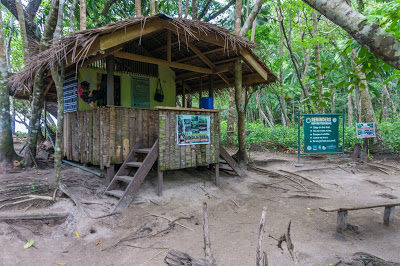 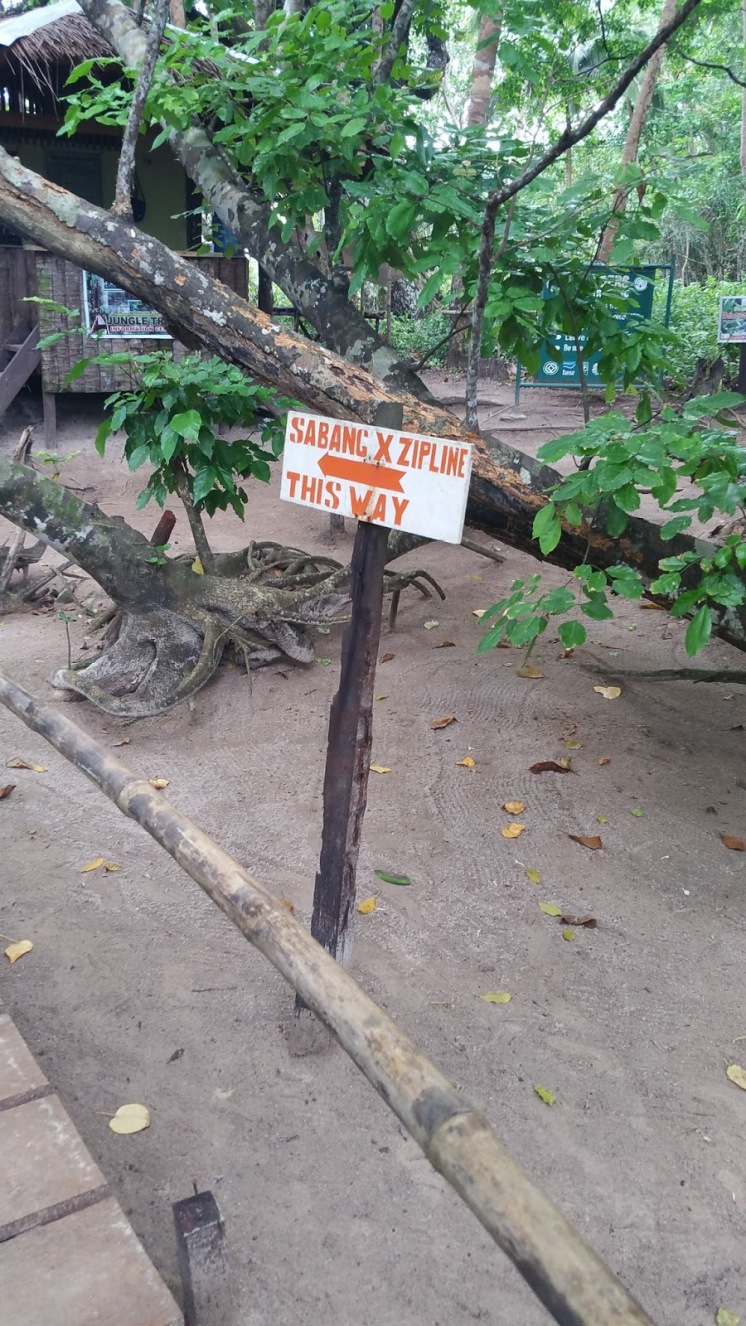 However, after we crossed the bridge, my friend just wanted to stay on the beach and perhaps swim, but I goaded him to walk with me to the zip line. From out of nowhere along the shore, two guys appeared and insisted on accompanying us to the zip line. I think to lead us the way for a fee, which was somewhat useless, as I have been there many times. We tried to ignore them as I didn’t want to ruin the surprise for my friend who didn’t want to go zip-lining. Finally up, we were immediately strapped and ready to go. You speed down the 800 meters long- Zipline above the sea. It is entirely an adventure, and you come back out to the beautiful beach. 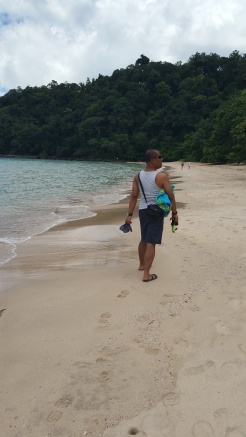 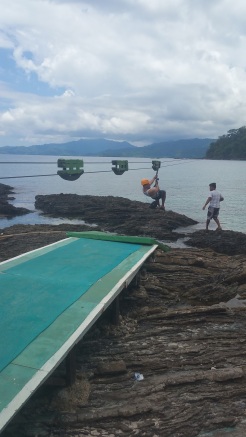 After the adrenaline kick, we walked back towards the village along the coast. You can also go back the way you came in, but we decided to walk directly along the coast, where you have to cross the not that deep river and then climb some boulders before reaching back the main beach in front of the hotels. We rewarded ourselves another swim in the ocean, which alone would be reason enough to visit Sabang. The water there is shallow, and you can walk in on the sand for quite some time before it gets deeper. While there’s always a warning for the undertow, there’s nothing to fear as long as your feet can reach the ground. 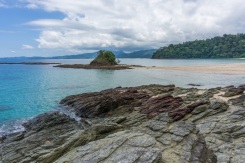 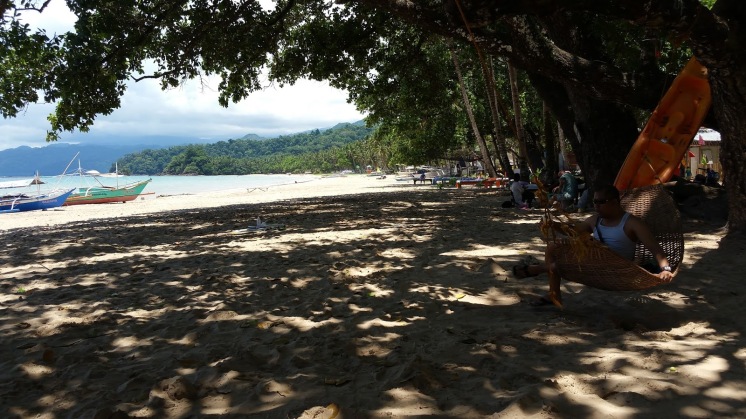 We spent some time swimming and just lying in the sun before we went to a beach-side restaurant for lunch. After that, it was already time to get back to the hotel and take a quick shower. We walked to the Lexxus booth and soon were headed back to Puerto Princesa, where we arrived two hours later.

The van has its final stop at the nearby market and not at the bus terminal. We took one of the many tricycles to go to the big Robinson’s Mall, where I enjoyed a massage chair and where we also had dinner (and more Mango fruit shake). Then we took another tricycle back to our hotel in Puerto Princesa, the Acacia Tree Garden. We signed in for their free airport shuttle for the next day and then just relaxed, after packing our bags. 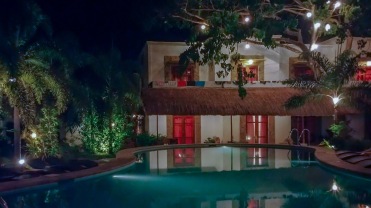