After breakfast, we slowly packed our bags for our flight from Puerto Princesa to Busuanga Island. The airport is just about 10 minutes away with the tricycle, but Leo shuttled us on the hotel’s van. It was also free of charge. 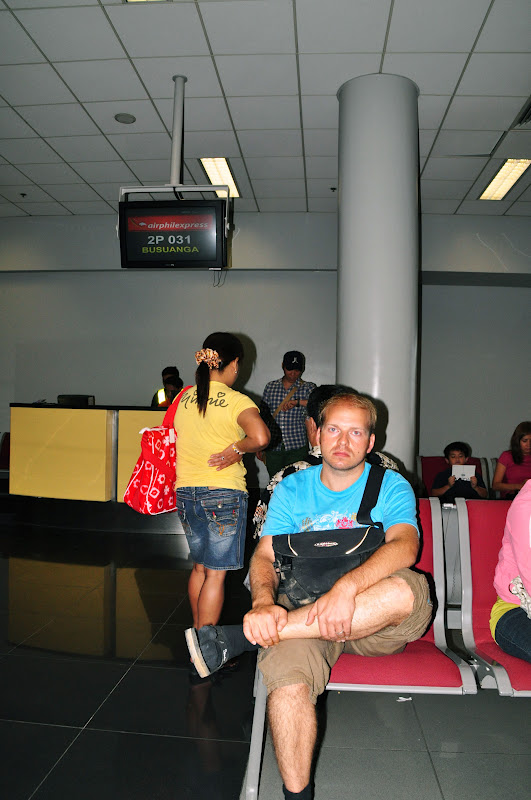 Fortunately, I was able to check my email the day before and learned that our flight (via Air Phil Express) to Busuanga Island was rerouted via Manila, and in Manila, we had four hours to kill. I didn’t mind the detour since the new airport was kind of cosy. There are restaurants, cafe and shopping opportunities inside the airport terminal.

When we checked in, the girl at the counter had a tough time figuring out how she would enter our flights into her computer. Since we were retoured, we had to fly to Manila then to Busuanga instead of going directly from Puerto Princesa to Busuanga. It took like ca. 45 minutes (I’ve timed it.) When she finally figured it out, she told us that our luggage is 3 kilos overweight and that we had to pay twice (apparently for 2 flights PPC- MLA, MLA-BUS). I don’t mind paying the 3 kilos extra, but I was kind of thinking that since she held me up for a long time that at least they should forget the extra kilos. I told her that it was not my fault they have to reroute us since our original booking was a direct flight and I will pay the 3 kilos excess baggage once. It took a few more minutes until she was able to resolve it. Then I had to queue again to pay the airport tax until we would eventually be admitted to the waiting area.

As I have expected, our flight was delayed for over an hour without any explanations from the airline. Eventually, we were able to take off and landed in Manila after less than an hour. At the domestic airport in Manila, we took our lunch at two different restaurants due to our different choices of food and walked around a bit and got cash due to not being sure of any ATM in the islands. There was actually just a little time left due to previous delays, so we had to check in again. I didn’t know that we only had to show the airport tax receipt since it was a connecting flight, so we ended up paying the airport tax again. 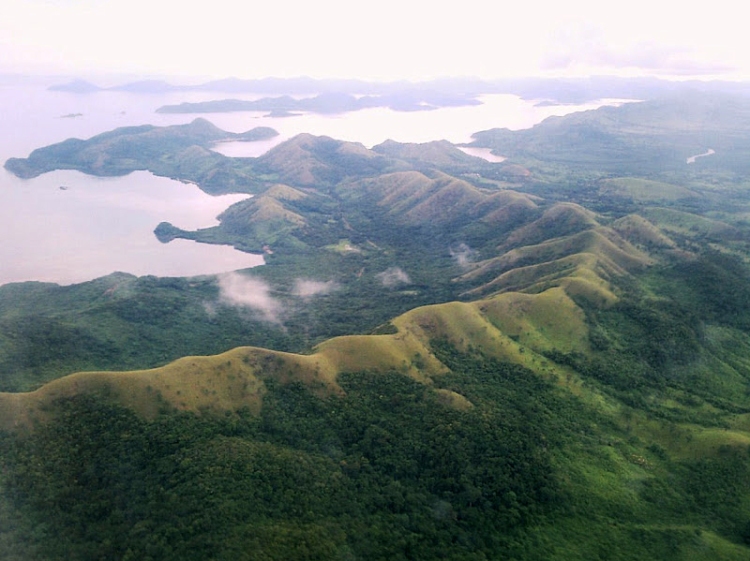 The flight to Busuanga island was again delayed due to a low-pressure area somewhere in the Visayas where our plane to Busuanga originates. Again, it was uncertain as there was no real explanation from the airline. We finally had been able to get on our flight after another hour and landed at the Francisco Reyes Airport in Busuanga island. It was a small but serviceable airport. Vans were waiting outside to take the passengers into town which is about 30-45 minutes drive on a good paved road. We arrived at our hotel at 16:00 (4:00 p.m.).