After seeing the Postojna Cave, we were still ready for more and had planned to see also the nearby Škocjan Caves. After breakfast at the Postojna Cave Rooms & Apartments in Postojna, we walked to the train station to take an early train to Divača Train Station and after about 30 minutes arrived in Divača. 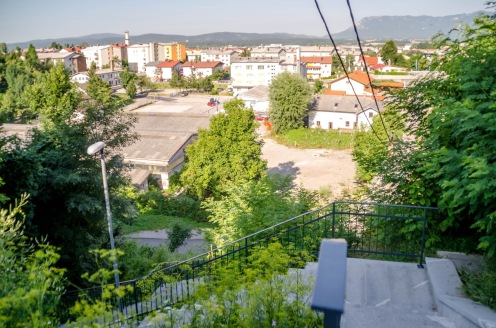 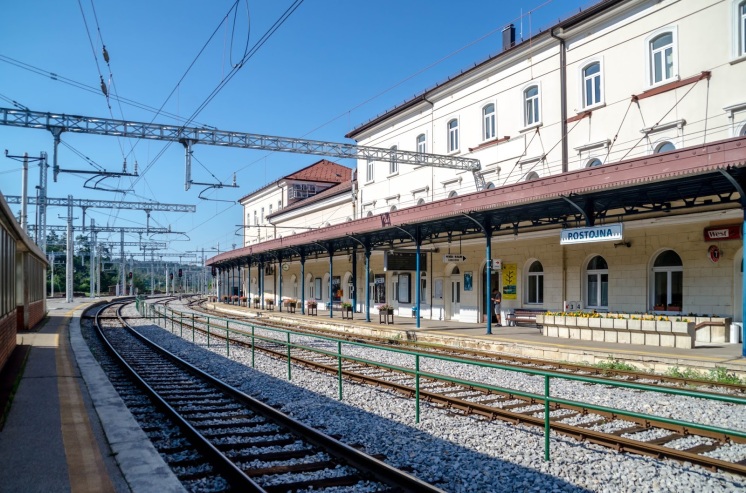 We had planned to walk the 3 kilometers from the train station to the entrance of the caves, as we didn’t think there would be a shuttle bus already and had printed out some maps. But when we exited the train station, there was a free shuttle van, which we gladly took. Another possibility to get there would be a cab. There wasn’t enough room in the van to take everyone, but the driver just told those, who didn’t fit in, that he would come back for a second tour immediately – very friendly. Soon, we arrived at the parking lot and bought tickets at the ticket office. There was still time until the next guided tour would start, so we went to the free museum, had some coffee at the restaurant and more of the delicious, wonderful Bled Creme Cake. 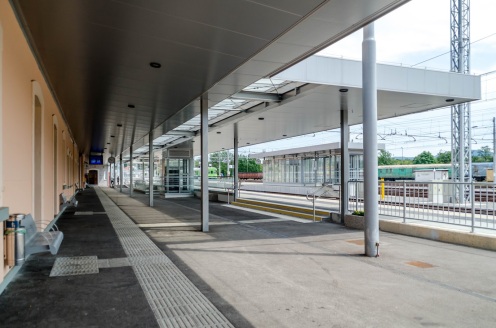 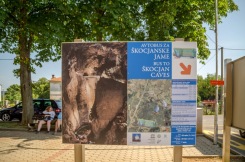 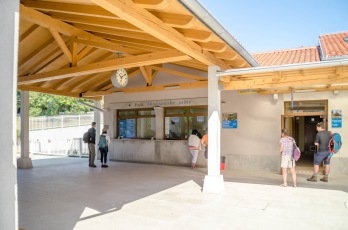 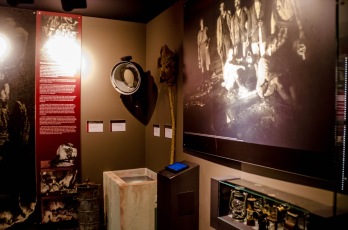 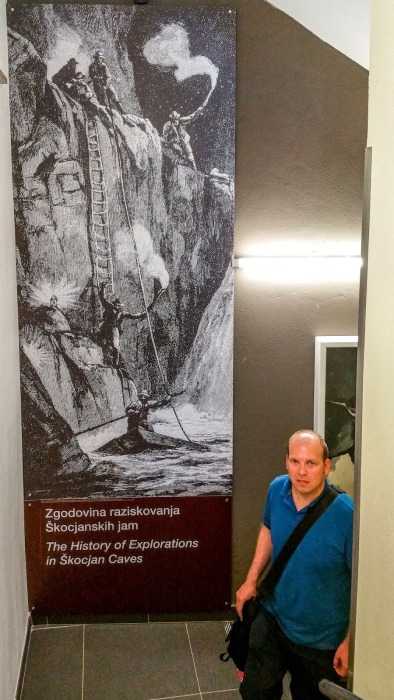 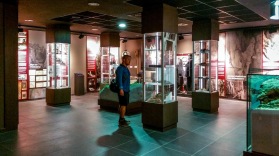 It was a rather huge group, that then walked together to the entrance of the cave, where we split into smaller groups with guides. The Škocjan Caves are a UNESCO World Heritage Site with an underground river and one of the most massive known underground canyons in the world. Unfortunately, it is not allowed to take photos inside, only at the exit of the caves. So I can’t prove it, but you have to trust me, that it was really great inside. I felt like I was suddenly in a “Lord of the Rings”-movie. 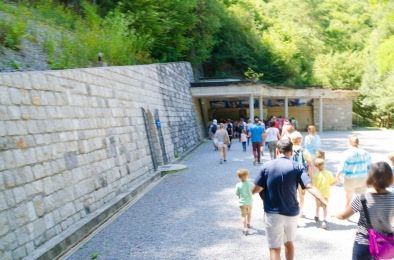 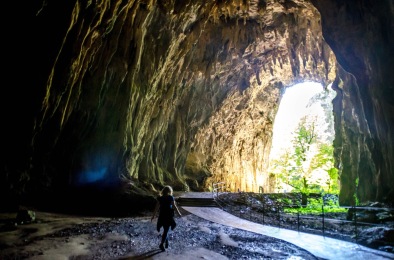 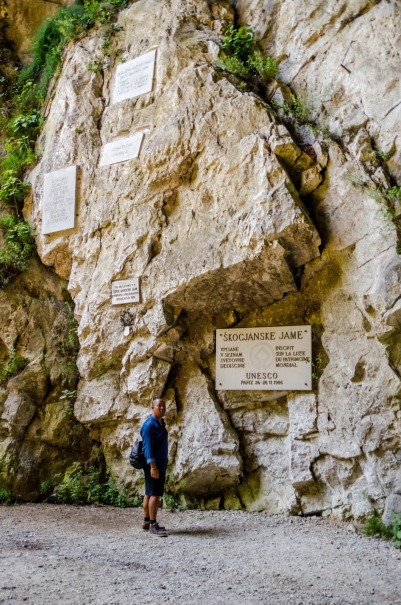 When we exited, the friendly guide told us, which way to go back to the parking lot but also recommended to take a longer path to see a waterfall, which we of course did. It is a lovely area, and while it was strenuous in the heat, I really enjoyed it. 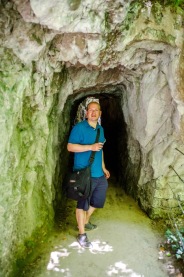 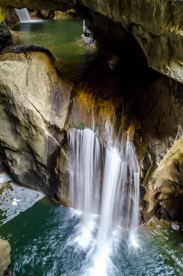 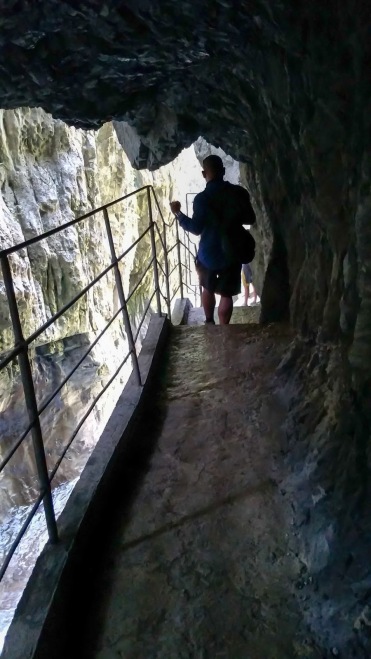 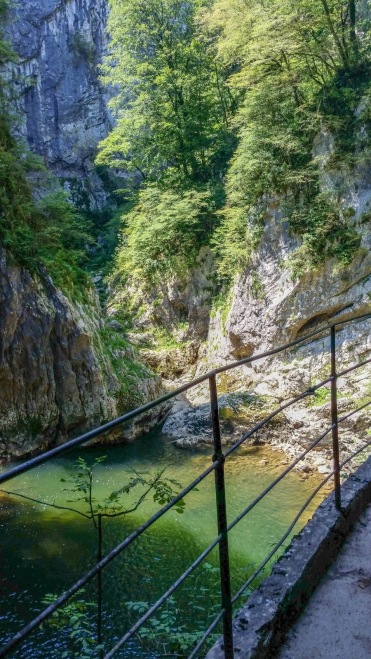 However, we were too exhausted to also go the whole Škocjan Education Trail. We also wanted to take a free shuttle back to the Divača Train Station and the last one already left shortly after 3 p.m. After a snack at the restaurant (which again took forever), we took the shuttle and then decided to take a bus to Koper from the train station. While we had read this is possible, we at first didn´t see a timetable there but then found the bus stop with the timetable, which is just on the left when you exit the train station. It is not the same stop in front of the station, where the shuttle to the caves stops. 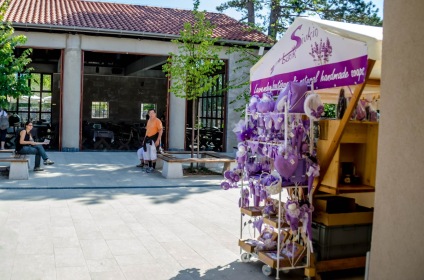 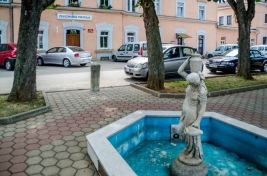 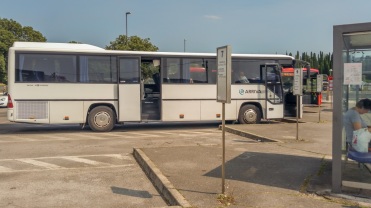 Koper is a coastal town on the Mediterranean Sea, only a few kilometers away from Italy. It is a bit in the shadow of Piran, Slovenia’s most famous seaside town. And while we had hoped to visit it, we only had planned to go there, if there´s time left. When we started to walk from the bus station, which is located at the train station in Koper, we were greeted by a rat, swimming in the canal. 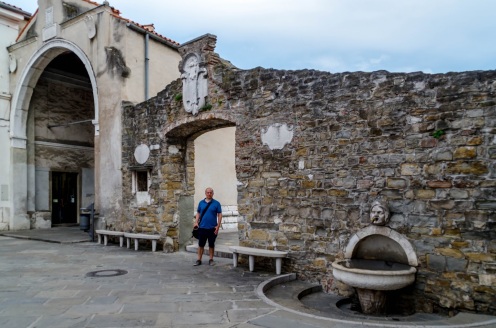 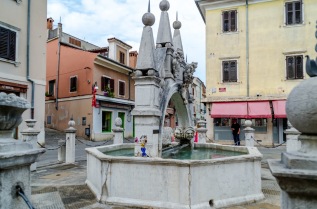 At the Titov trg, we entered the big Cathedral of the Assumption and then admired the Praetorian Palace from the mid 15th century, which is the residence of the city government. They were preparing for a fest at the square, while we continued towards the coast, past the Koper Regional Museum, the Column of St. Justina and the Taverna. 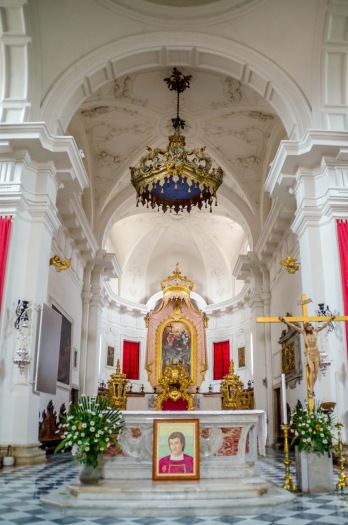 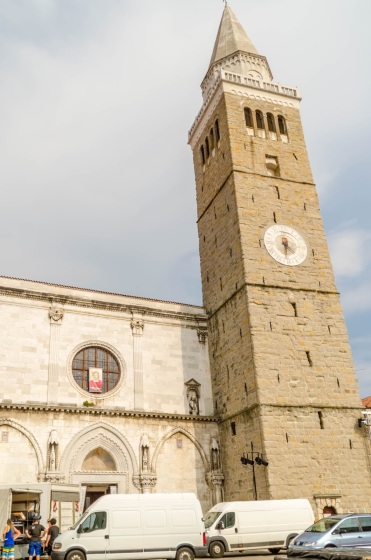 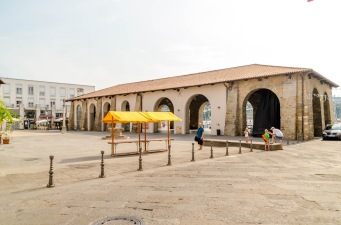 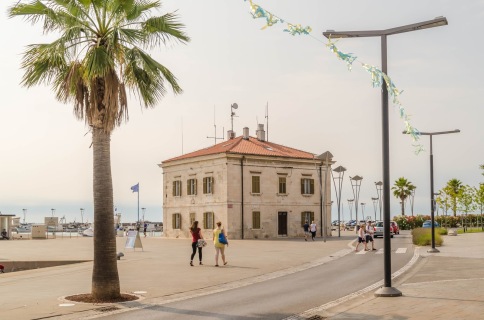 We wanted to take a look at the Fish Market, but it was empty. However, we did find a nice restaurant nearby the Marina and had excellent risotto and pizza. After all, we were nearly in Italy. 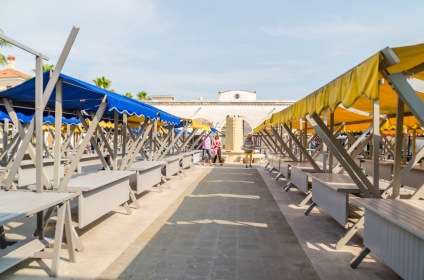 To enjoy more of the Mediterranean Sea, we walked northwards along the coast and came to Koper’s small but busy beach. It won´t win a beauty contest anytime soon, I have to say, but people certainly enjoyed it. We continued to the Trg Brolo, a square with old buildings like the Brutti Palace and the Vissich-Nardi Palace. 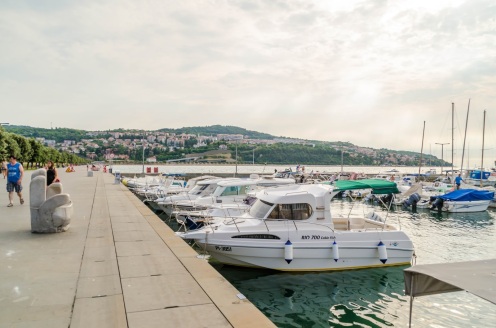 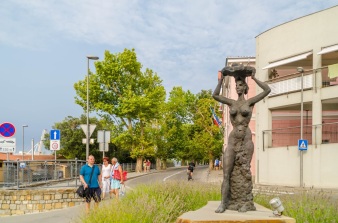 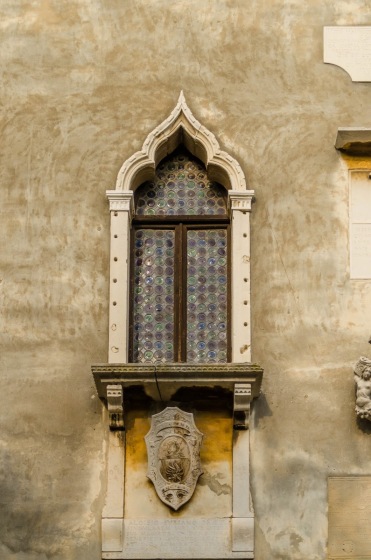 It was getting late, and we were ready to return to Postojna, so, we walked back to the train station and took the next train to Postojna. While it was already late, I was happy, that the Chinese restaurant in Postojna still was open, so we had another excellent dinner there and also checked out the bus timetable at the bus station in Postojna, which is just a few steps from the restaurant. The next day, we had a long journey ahead, as we would go to Maribor.