Looking for a travel destination where it’s a little warmer and not so expensive, we come to the idea of going to Portugal. I’ve always wanted to go especially to the south of Portugal but didn’t really have the chance to go. 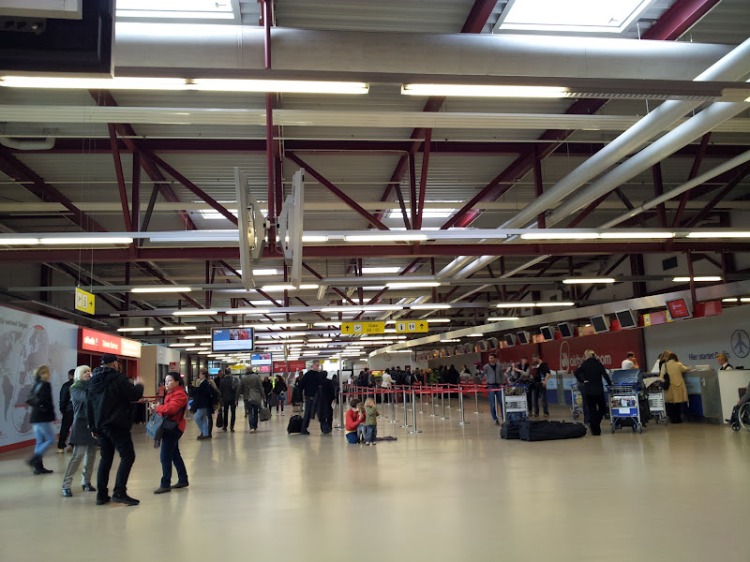 I was happy to escape the cold weather of Germany even for just a couple of weeks. It was raining and hailstone dropping from the sky (in April) when we left our apartment. From Berlin-Tegel airport, we started our journey with Air Berlin (since it has the cheapest tickets and direct flight) going to Faro. The flight took us 3.5 hours, but you gain another hour due to a different time zone. 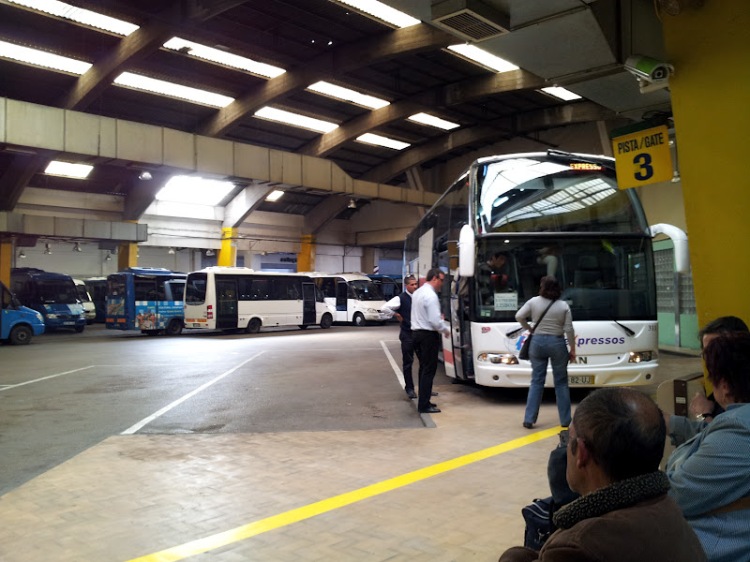 We were contemplating about going with the train or bus from Faro to Lagos but eventually decided to go with the bus. We took a taxi going to the bus station, bought tickets at a very affordable price of 5.80 € and waited for our bus. The bus timetable for the Algarve can be found at EVA Bus. We then have a short stop-over at Albufeira, and we were pretty much done when we got to Lagos after the 2-hours-bus ride. We took a taxi to our hotel, but we had a little trouble with understanding with our driver, Vitali who is actually a Russian and he doesn’t really speak English, and we don’t speak Portuguese or Russian either. So we had a little joyride around the area to find our hotel. Luckily, my google maps app on my phone was working so; eventually, we found the right place. 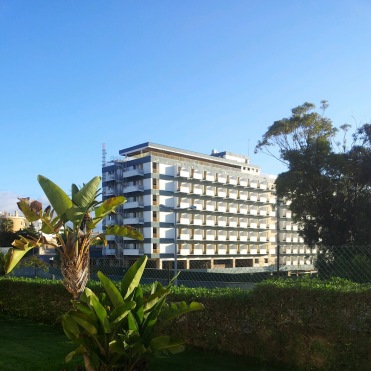 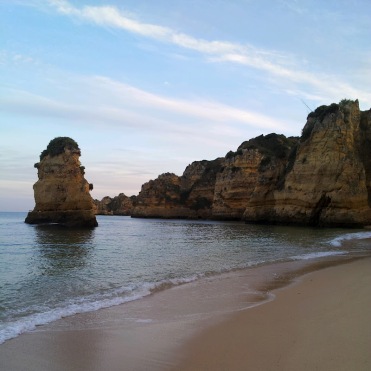 We’ve checked on the internet that the area around Lagos is full of beautiful beaches. The apartment (Dona Ana Garden) seemed equally promising – a small, cosy and well-maintained complex with swimming pool and grill area. It was perfect, so we decided to stay there. The room (ours is a one bedroom apartment) is spacious with sala (living room), small kitchen with refrigerator, a little television, toilet and bath and a small terrace. The best thing was the price as we only paid 35€ per night. The only drawback was that our apartment was just separated by a door from the adjoining apartment. This was actually to allow for a bigger group or family. It was therefore, clairaudient, though not extreme. 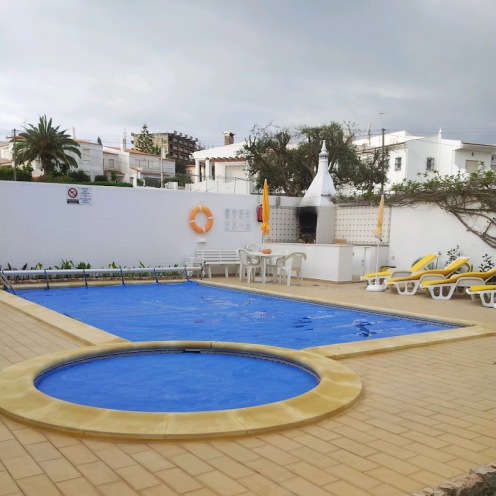 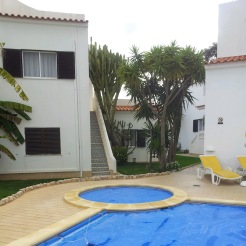 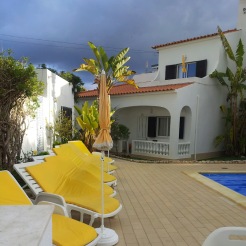 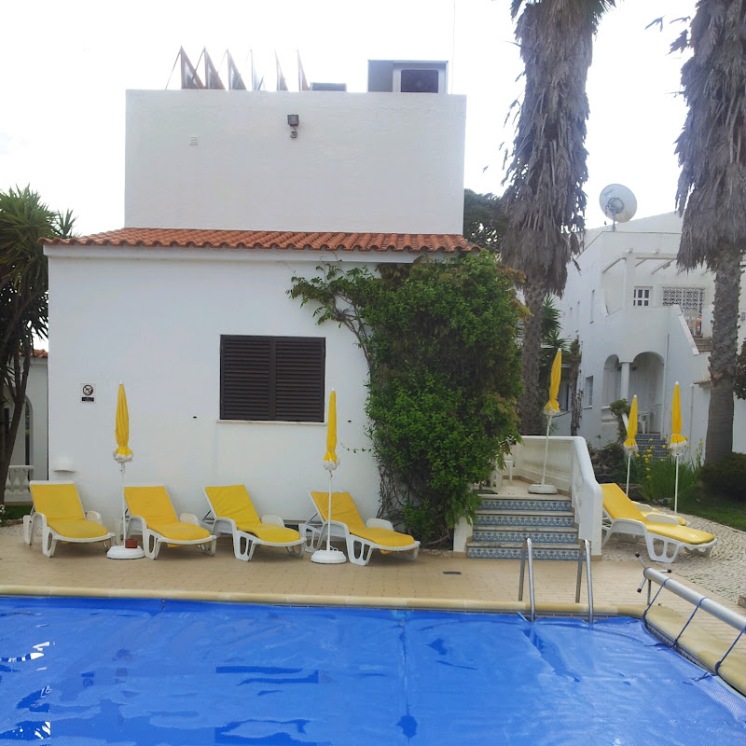 It’s just a trade-off since the apartment lies only a five-minute walk to the beautiful Praia Dona Ana and about 15 minutes to the historic centre, the bus and train stations. With luggage in tow, it’s advisable to take the city bus that stops at Praia Dona Ana or a taxi.

It was already late, so we decided to go to a nearby restaurant and ate our dinner, went back to our place and turned in early. 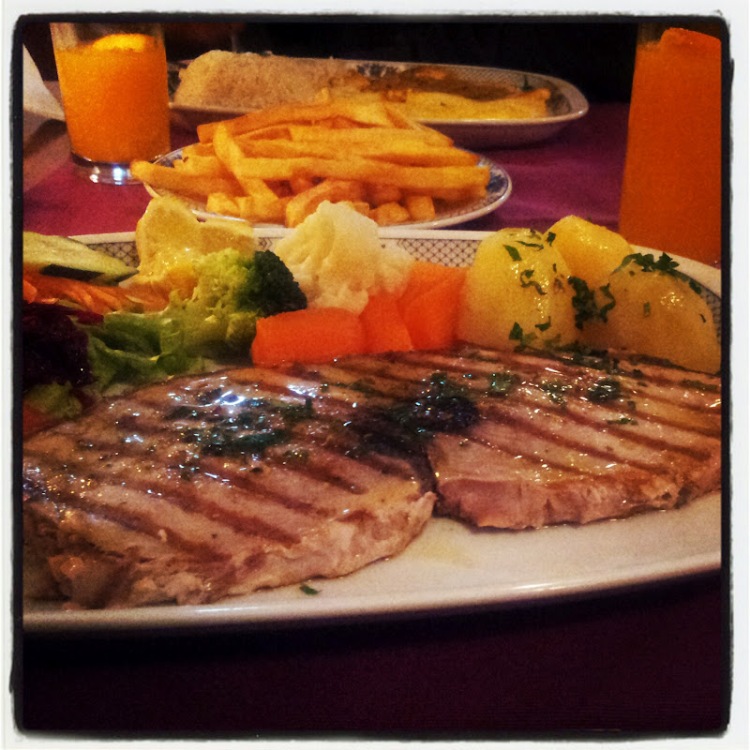