We had to wake up terribly early in the morning as we had pre-purchased rather expensive tickets online to visit the Postojna Cave at noon. But first, we needed to get from Bled to Postojna. When we planned the trip ahead of the journey we considered taking a bus from Bled to the Lesce-Bled Train Station, then a train to Ljubljana and then a train to Postojna. But this plan seemed far too complicated now, as the buses in Slovenia proved to be exceptionally comfortable and reliable. We instead opted for an early bus from the bus station in Bled to Ljubljana and then another coach from there to Postojna. Just shortly after 6 a.m., we were waiting for the bus, which, as always, arrived right on time.

It was no problem buying tickets for the next bus from Ljubljana to Postojna at the central bus station in Ljubljana, and soon we arrived at the Postojna Bus Station at the Titova cesta. The bus station was actually closer to our next hotel than the train station in Postojna. So we only had a short walk until we reached the Postojna Cave Rooms & Apartments where we booked a room for two nights. Fortunately, we were allowed an early check-in, and so we had a moment to relax in our spacious room and to take care of grocery shopping before we started our sightseeing. 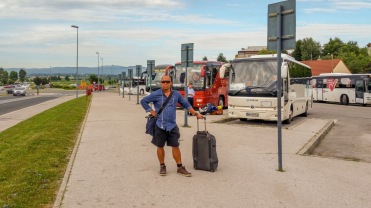 It was just a short walk (about 1 kilometer) on the walkway along the Jamska cesta until we reached the parking area of the Postojna Cave. The Postojna Cave is one of Slovenia’s biggest tourist attractions, and when we entered the site, you could see that. There are many restaurants and a tourist shop area, as well as several additional attractions. But first, we had to exchange our vouchers for the real tickets. Unfortunately, the queue was long, and we had to wait in line for a while. 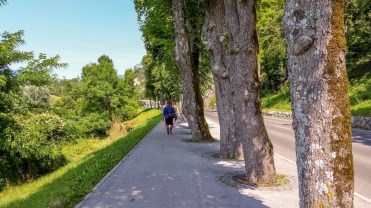 When we got our tickets, we immediately proceeded to the cave entrance to promptly join the crowd. The tour takes 90 minutes and gets you through 5 kilometers of the cave with an underground train ride and a guided walk. We came prepared and brought our coats, as it is cold inside the cave (10°C) while it was scorching outside. The experience was priceless, and we were in awe of so much natural wonder to see. 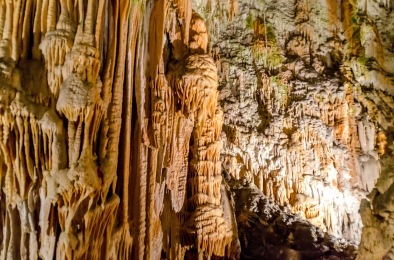 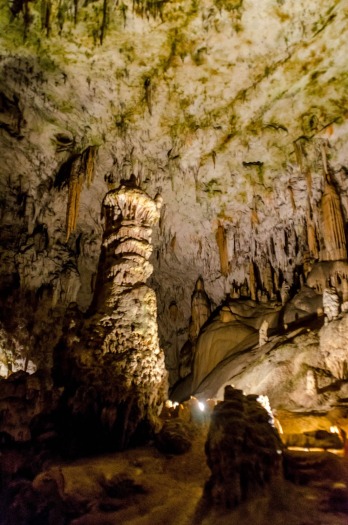 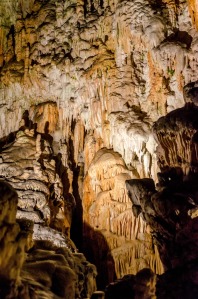 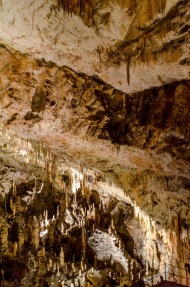 Coming from Palawan, Philippines, I actually have some prior cave experience, as I have been a regular at the beautiful Underground River in Sabang, which is a World Heritage Site. While you enter the cave there in a boat, this time is with a narrow-gauge-railway-train. It’s excitingly different. The Postojna Cave was actually my second cave this year, as we already had visited the Ghar Dalam Cave in Malta, which, however, is much smaller.

After our tour through the cave, we went into the Vivarium Proteus, where we got another look at the star of the cave – the Proteus anguinus. We’ve already learned that these blind animals (the olm) can live without food for ten years and were once upon a time believed to be baby dragons. The tiny but interesting “cave zoo” showed what else lives in the caves, from shrimp to cave spiders. 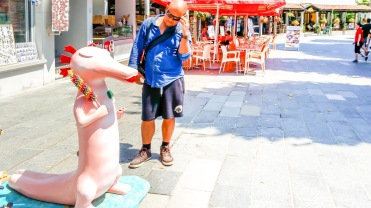 After visiting a tourist shop, where they offer Proteus teddys and more, we had a snack at a restaurant there (including delicious Bled Creme Cake), before we visited the EXPO Postojna Cave Karst, which was – like the Proteus Vivarium – included in our combi-ticket. It is a very modern exhibition and also the world’s largest on caves and the karst. It features a lot of fossils. 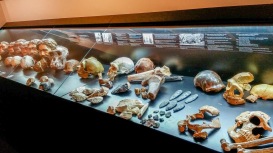 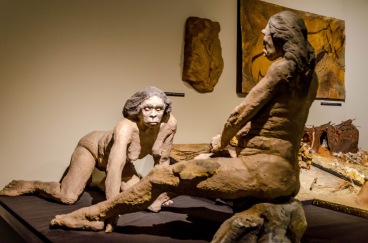 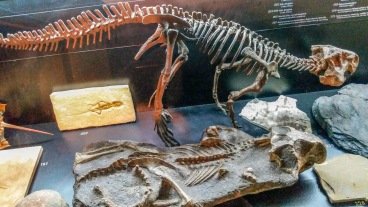 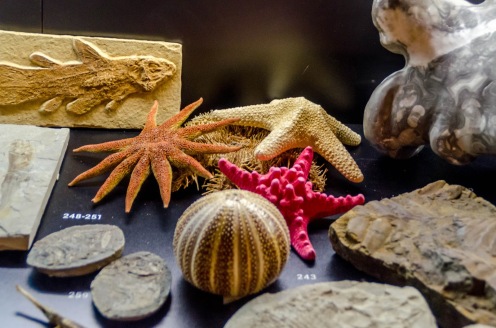 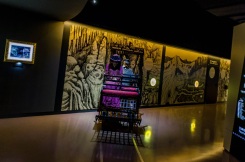 Just at the EXPO, we found the bus stop for an excellent opportunity – the free shuttle bus from the Postojna Cave to another nearby landmark, the Predjama Castle, which was also included in our combi-ticket. The bus goes every hour and takes about 20 minutes to get you to the parking lot at the castle. The castle is an unusual structure built in within a cave mouth and a real stunner. 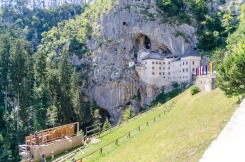 At the entrance we got an audio guide for a self guided tour through the castle, which was great. Inside we saw, how people lived there, how it was built to protect it from enemies and how the castle extends into the cave behind it. 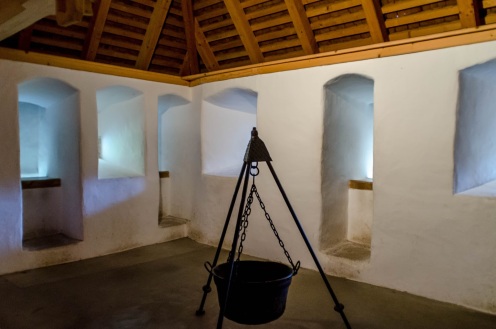 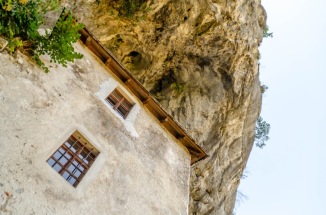 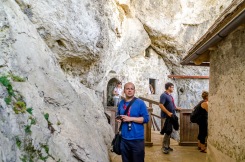 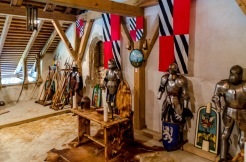 Satisfied, we took a shuttle bus back to the Postojna Cave and then walked back to the hotel. After some relaxing in the hotel we walked around a bit in the city of Postojna, where some kind of festival was going on. We found a wonderful Chinese restaurant for dinner and were excited for the next day, where we would go to the Škocjan Caves.