Today my friend would leave the Philippines in the evening to go back to Berlin, while I still have another three more weeks in the Philippines. It was our last real sightseeing day, and I had finally been able to persuade him to give Manila another look. My friend basically hasn’t seen anything of it except the airports, the Mall of Asia and while we’re driving to Taal Volcano.

So we asked for a taxi at the reception, to do a little sightseeing in Manila and to visit Intramuros and Fort Santiago in particular. It was just a short drive, and we soon entered the Fort’s grounds, where we were offered a guided tours. But we decided to just go through the properties on our own. The grounds are well tended and quite an impressive sight. Intramuros was erected on the ruins of a Malay settlement at the mouth of Pasig River and was the centre of Spanish political, religious and military power in the region. 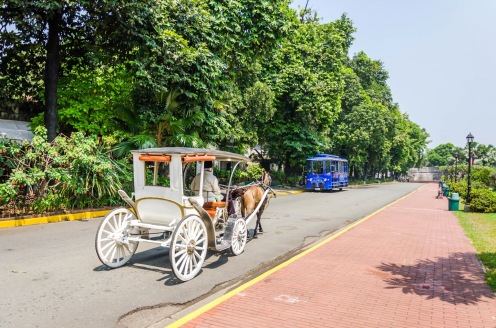 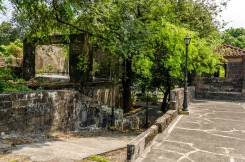 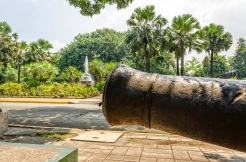 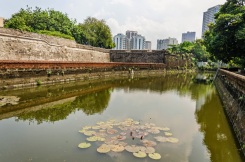 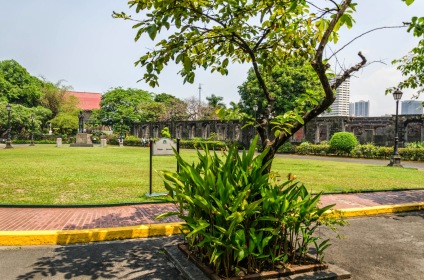 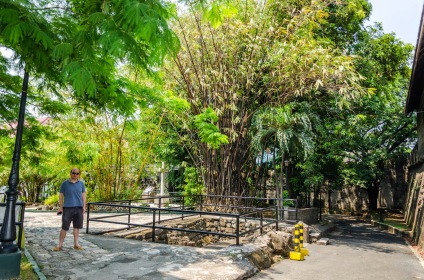 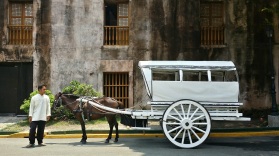 When we were finished with our tour of the Fort Santiago, we walked from there to the nearby huge Manila Cathedral, which is basically just across the street and took a look inside. 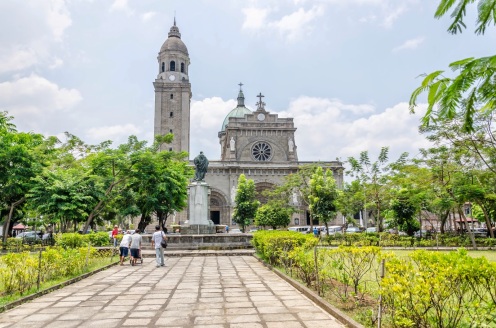 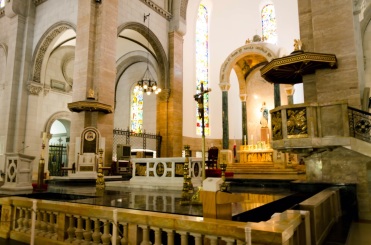 From the Cathedral we took a cab, that brought us back to the Mall of Asia, where my friend bought some Filipino cookies and candies as take-home gifts, before taking the free shuttle back to the Microtel Mall of Asia. 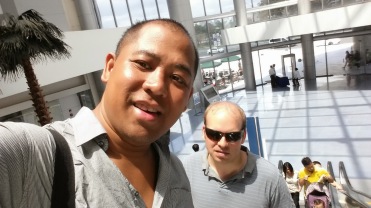 Later, I accompanied my friend in the cab to the airport, said goodbye and then went back to the hotel. I just relaxed a bit there and slept soon, because the next day I would already fly to Puerto Princesa, Palawan.