The Hotel Princess of Coron is beautiful at first glance. It’s surrounded by gardens, small dining area/huts where the guests actually take breakfast or snacks or just lounge around. The area was tranquil even though it’s located only about 5 minutes to the town centre.

We actually asked for accommodation at one of the two houses, but they were fully booked, so we were given a room in the main apartment which actually quite alright. The house has a view deck just a floor above our room. There you have the magnificent view of the town and the underlying islands. It looked like no one of the guests really ventured up there, but we did all the time we were there. 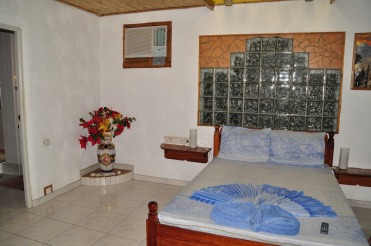 Our room (Room 6) cost 1900 pesos a night, but no breakfast included. The room was larger than what we expected. It is clean, with an old loud air conditioning unit and TV. The TV was just a come on. You don’t really go there to just watch TV, besides; there was no sensible show as I’ve found out. The bathroom had a shower with three kinds of jets or something. Unfortunately, it was entirely useless since it didn’t really function well and the water pressure was pretty weak, so there was almost no water coming out of the shower head. They had 24 hours electricity.

We were pleasantly surprised that one can’t hear anything from the other rooms. But when we came back from our stroll in town, my friend was mortified to find two giant cockroaches running around and another one hiding under the wicker chair. Later on, we had a lizard guest and some other insects. It was really a big deal for him since he was not familiar with such situation. But anyway, we had to keep our suitcases always closed as to avoid any possible insect infestations. We were missing a fridge since we love to get our drinks cold. It was sweltering there.

There was a (glass) window, but it was permanently tuckered shut. It was a problem since you cannot properly ventilate the room. The only window you can open is in the bathroom, but it didn’t have a screen. We didn’t have mosquito net considering that Coron is still a malaria area. The air con was really loud that you cannot watch TV at the same time. There were a lot of electrical wiring, sockets and switches that you don’t really know what for and none seems to be really working. Everything in the room was done somewhat very amateurish. There was no trash bin, just a tiny one in the bathroom. We were not able to get the warm water running. The switch was kinda stuck somehow so we had to shower cold which I actually didn’t really mind since it was scorching in the tropics. 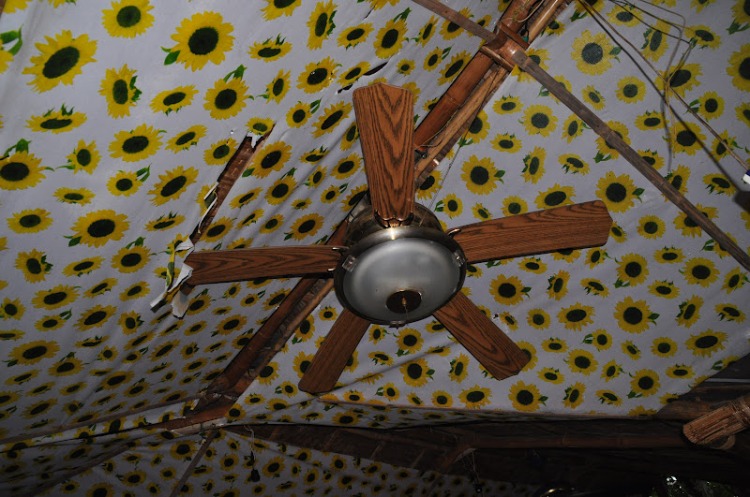 On the view deck, you can smoke (I don’t smoke, but my friend does) and the four days that we were there the ashtray was not emptied. I then told my friend that of course, he can do it himself since he was the only one who smoked there. It was basically just the very minor thing which he could have done himself. In the dining area outside in the huts, the (ceiling) fan was cutting through the tarp. Pretty much in the hotel were actually well-intended but unfortunately poorly made. Everything looked right at first, just try not to dig deeper. Now the question hanging in the air, is there any better hotel in Coron? I guess I have to come back and find out. 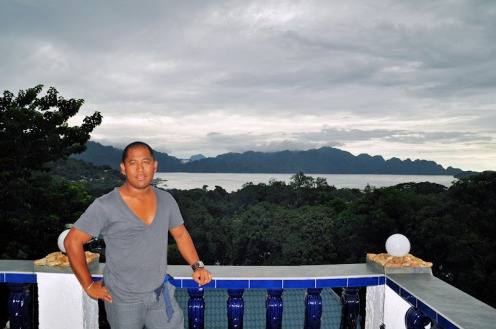 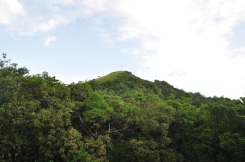 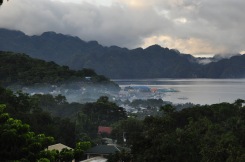 It was the town fiesta when we got to Coron. A stroll through the town passing by the town hall and numerous stalls selling goods as well as food stalls, the town was in a frenzy. We passed by an ATM at a bank and stocked up some cash then went to the newly reclaimed area of the harbour and pier, walked through the market and bought some bread and cola. There were not many tourists around, at least not a foreign tourist. We checked in at the next internet café, but the connection was very slow. It took forever to check a mail. We decided to walk through the food stalls again and there I went to eat my dinner while my picky (in food) friend ate some bread. 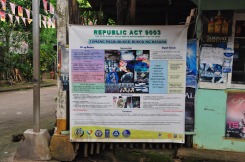 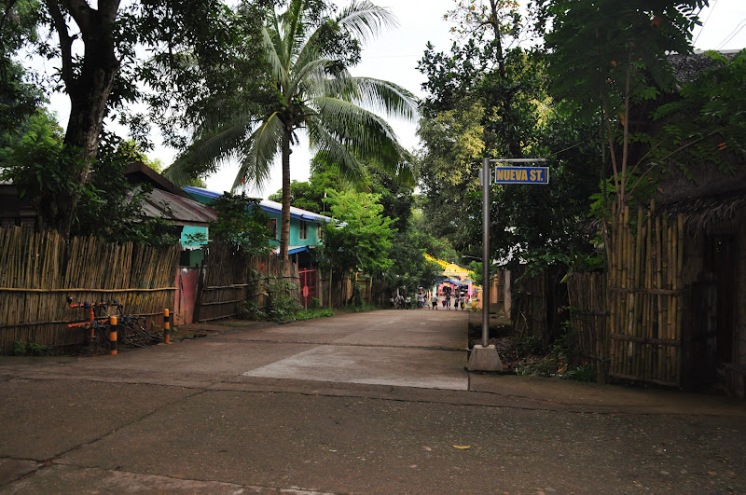