We had booked a transfer with the Lexxus Shuttle Service the day before and – for an extra fee – got the option to have a transfer from our hotel in Puerto Princesa, the Acacia Tree Garden. We left at 8 a.m. after breakfast and then were brought to the bus terminal, from where it took about two hours to get to Sabang. While the van was bit cramped, it was okay and taking a van is – for me – the most recommended option, when you travel between cities in Palawan. The shuttle service also offers tourist-friendly transfers from Puerto Princesa to El Nido and even between El Nido, Port Baton and Sabang.

Sabang is really small, and we were left out at the heart of the village, nearby the beach and the main parking lot at the beach. The primary attraction in Sabang is the Underground River, a World Heritage Site and one of the New Seven Wonders of Nature. You can go to the ticket office at the parking lot for tickets and information and then take a boat from Sabang to the entrance of the Underground River or even walk the “Jungle Trail” or the “Monkey Trail” to it. 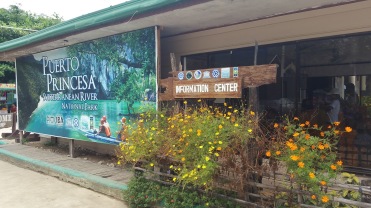 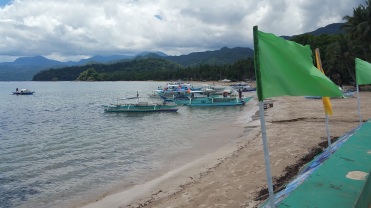 Many tourists come just for a day trip from Puerto Princesa, which you can easily book at most hotels in Puerto Princesa. But Sabang has more to offer and is a great place to stay at least a night. There’s a beautiful sandy beach, restaurants, a waterfall in walking distance and a Zipline. There’s also a Mangrove Boat Tour and more caves to explore. But it is small, so don’t expect an ATM if you plan a visit. 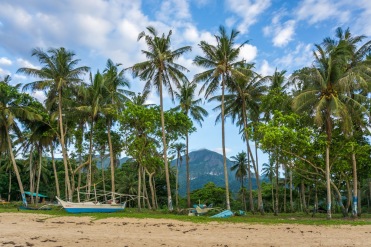 We mainly just came to relax after our busy sightseeing weeks in South Korea and Hong Kong. After all, I’ve been to Sabang many times before. It was a somewhat spontaneous trip, and we didn’t reserve a room in advance. So, we tried our luck at first at the Daluyon Resort. It is rather expensive for our standard, but we thought, we could grant ourselves some luxury towards the end of the tour, and I’ve never been there, although I have been in Sabang several times already. Unfortunately, it was fully booked. After a quick look at the even more expensive Sheridan, which was also fully booked, but much too expensive anyway, we went to my usual home in Sabang, the Dab Dab Cottages. While they didn’t have a free cottage, we at least got a room in their new building. 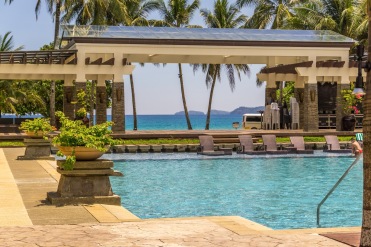 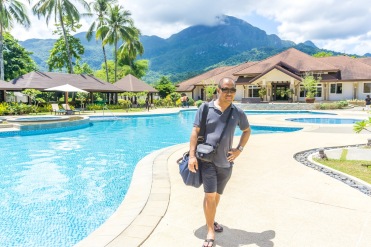 The Dab Dab Cottages are little cottages in a beautiful garden, just a few steps from the parking lot and on the other side of the central hotel area. They come at a fair price, and I especially like, that each cottage has its space, so that it feels a bit like having a little house inside the jungle. However, you need to know, that there’s electricity only in the evening, so don’t expect a flat screen TV or an aircon. The hotel also has its own restaurant, and the ground has a tranquil atmosphere – only disturbed by the roosters in the morning. 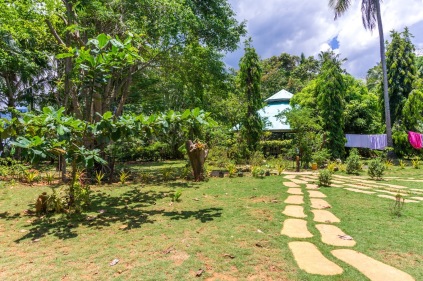 After checking in, we went to a little eatery at the parking lot, where I got lunch, and my friend got some pizza before we went swimming and just relaxed on the beach. 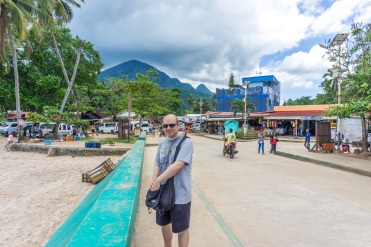 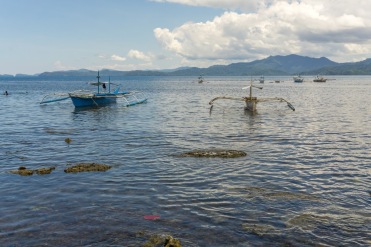 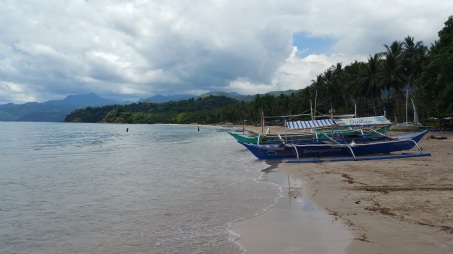 Later we also walked along the coast, above some cliffs and through the river, to the next beach and adored the sunset. It is a beautiful area, and we changed between swimming, lying around, walking a few steps and eating. Precisely what we had hoped for and what we needed after the exciting but exhausting sightseeing weeks in South Korea and Hong Kong. 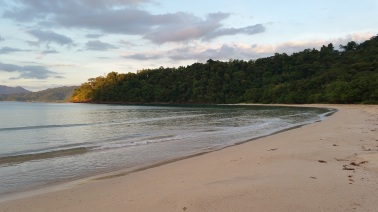 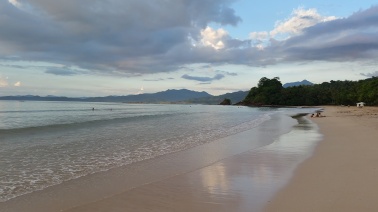 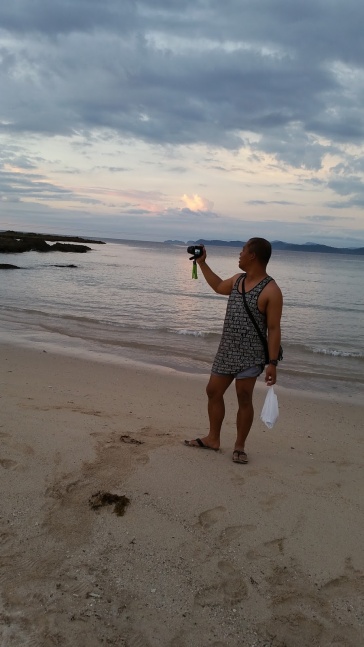 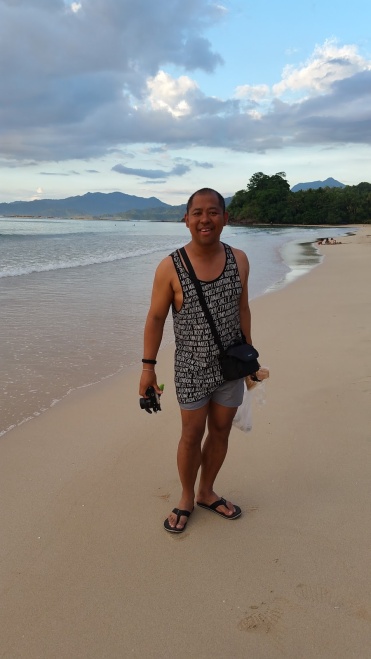 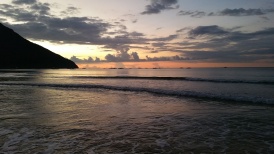 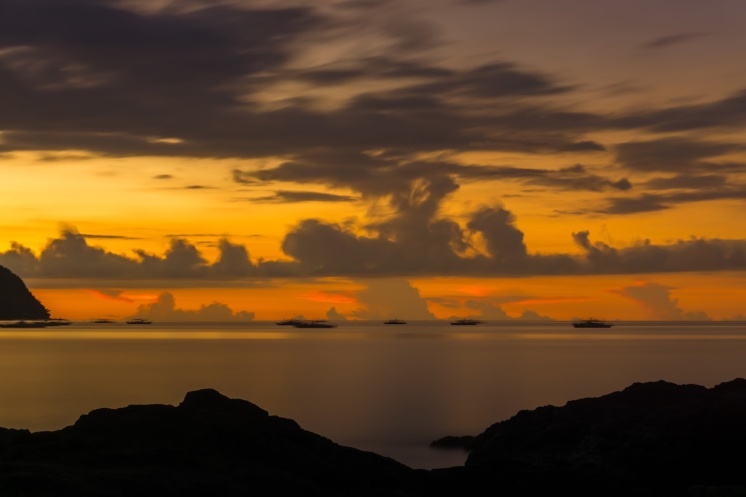