We booked a private tour with the Filipino Travel Center online to the second most active volcano in the Philippines, the Taal Volcano. Our pick-up from the Microtel Mall of Asia by the tour provider arrived right on time at 8 a.m., and then our friendly driver drove us for about 2 hours until we reached a sightseeing platform with a restaurant above the volcano lake in Tagaytay City. In between, we had a short stop at a gas station where we could buy some provisions of bread and soda. From the platform, we had an impressive view of the volcano, which is in the middle of the lake. 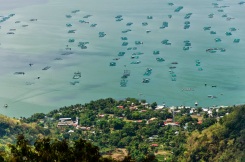 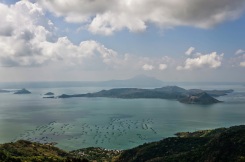 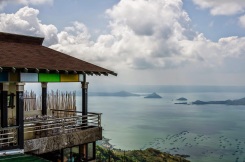 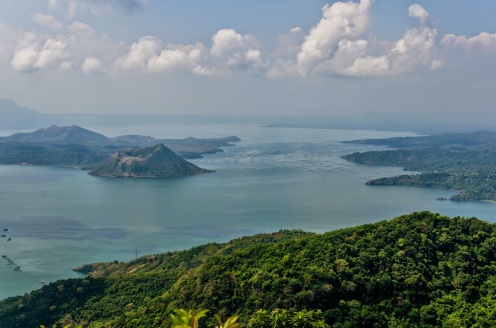 After this short stop, we continued with the van car downwards to Taal town at the lake and drove directly to a restaurant, from where we took a boat to the volcano island. The driver stayed at the restaurant while we were accompanied in the boat by another local guide. 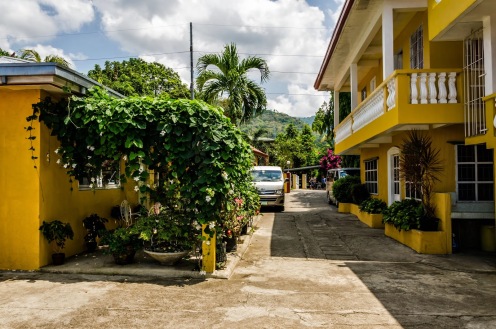 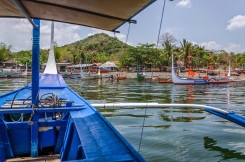 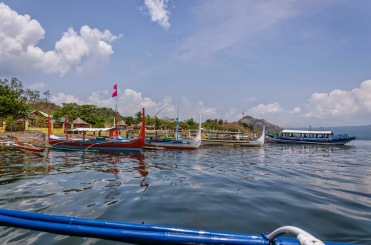 When we got to the island, another local guide (a young man) was assigned to take us to the top of the mountain, at the crater of the volcano. You can actually horseback ride onto the top. Most people took a horse. But we wanted to walk and slowly ascended along the dusty path. It was quite exhausting in the heat, and it was a bit irritating to have to make way for the horses all the time. I wasn’t entirely fit at the moment due to flu, so I needed to stop every once in a while. But there was the fantastic panorama, and soon we arrived at the rim of the crater. 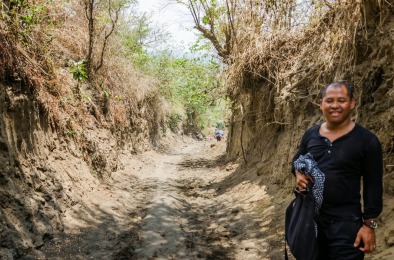 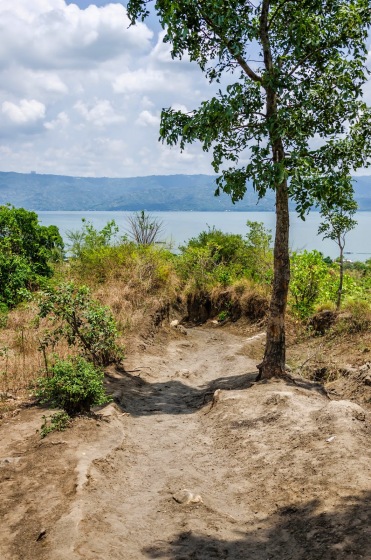 At the crater, we needed to rest a bit, and we were really drenched in sweat. I had to take off my shirt and had to drink a lot. I then got an upset stomach, which I probably don’t need to elaborate here. Maybe we should have bought the hats offered at the beginning of the path. There are some booths there at the top, and my friend actually bought T-shirts for his nephews. Of course, we enjoyed the magnificent view onto the green, hot crater lake. 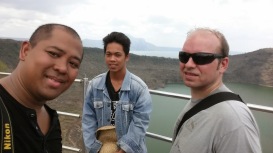 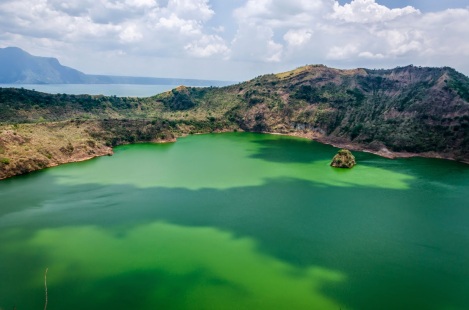 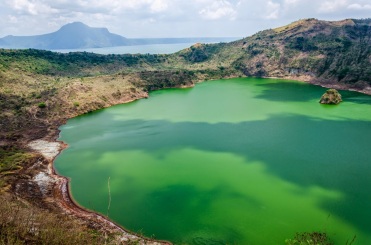 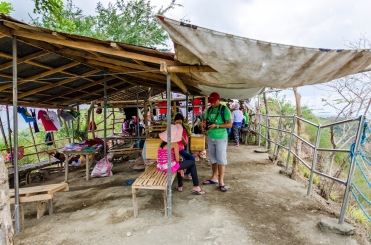 After a while, we walked back down, as there seemed to be a thunderstorm coming. We were guided back to the boat and soon were back at the mainland and the restaurant, where a delicious meal awaited us (it was included in the tour). Before that, we could wash the sand off us – sweat and dust is not a good combination. 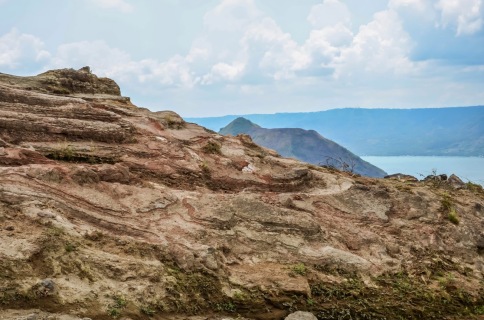 While enjoying our meal, suddenly a guy appeared with his guitar, who wouldn’t stop singing until we paid him something. But then he seemed to be even more motivated and gave us an encore.

Soon we were on our way back to Manila. The tour was really grand, as the Taal Volcano is quite a sight and the trip was well organised. The walking may be exhausting but is an experience itself. It is fully recommended!

Back in Manila, we relaxed a bit and then retook the free shuttle from the hotel to the nearby Mall of Asia for dinner. 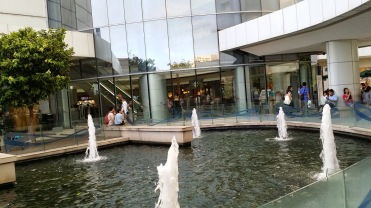 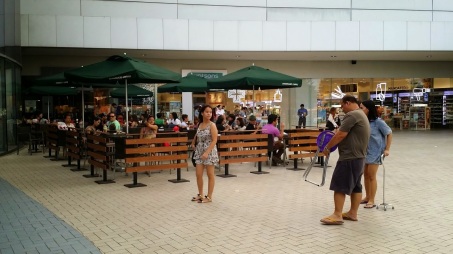