Today it was goodbye Sliema and hello Mellieha. So, we dragged our luggage to the Sliema Ferries Bus Stop and took a bus 222 to the Adenau Bus Stop in Mellieha. We were glad that the bus from Sliema wasn’t that crowded, so we found seats and were able to store our luggage under the seats. But along the way, the bus really got crowded, and when we wanted to exit, we didn’t get out quickly enough (there was only an exit at the front of the bus), pushing through the crowds, and the bus driver started to drive again. It needed some shouting, to make sure, that the bus waits for us to get through with our luggage and then to get out – somewhat stressful.

We booked two nights at the Maritim Antonine Hotel & Spa, which was just a few steps from the bus stop. We couldn’t check in yet, but were greeted with a free drink and could store our luggage, so our bus trouble was soon forgotten. 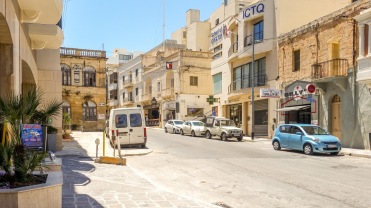 Mellieha is an old, small town with a beautiful sea view. It made a great first impression, and so we started our tour. It was actually just a few steps from the hotel to the main attractions, which are close together. We started with the Tourist Information, where we found the most bored looking employee, as there apparently weren’t too many visitors. We didn’t want to get our excitement erased by his suffering and quickly walked to the first real sight, the beautiful Sanctuary of Our Lady of Mellieha, constructed in the late 16th century. 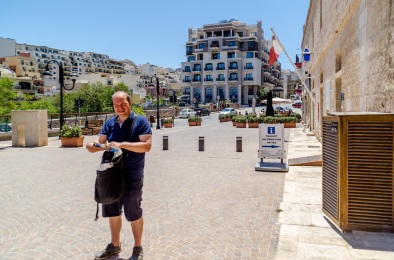 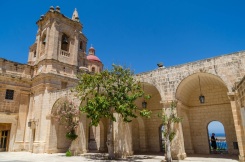 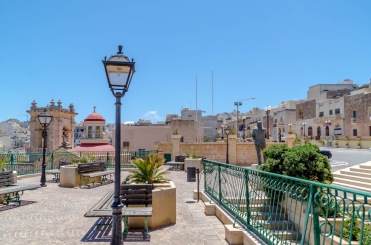 From there, we walked to a restaurant with a panoramic view and had a nice cup of coffee. 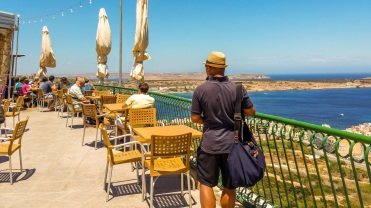 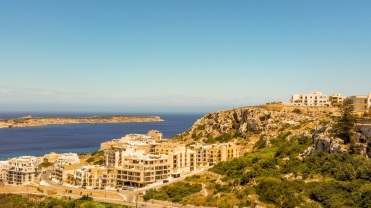 Next up (literally), was the massive Church of Our Lady of Victory, with a beautiful, small park. Of course, the church was closed, like all churches in Malta, it seemed. 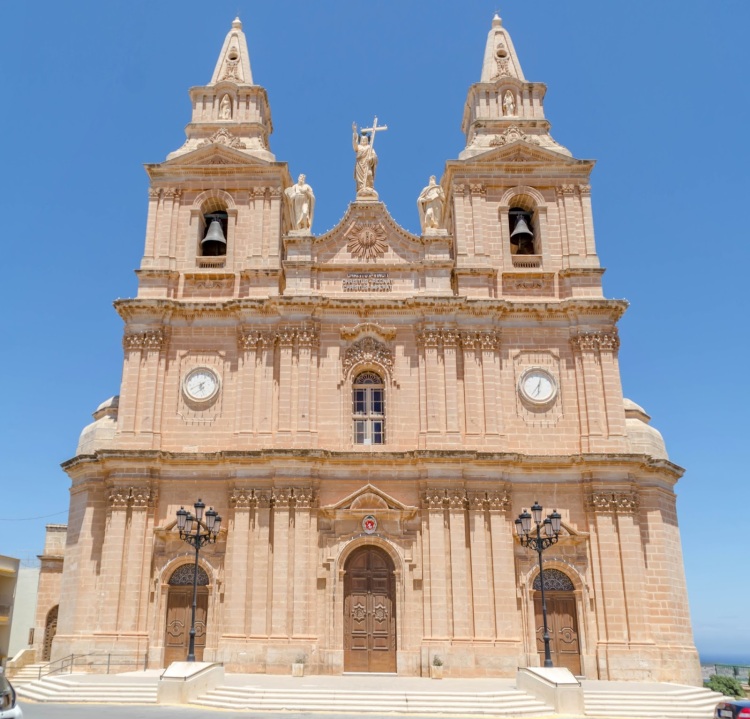 When we walked down the steps nearby the church, we came to the Air Raid Shelter, which didn’t sound that interesting but turned out to be a pleasant surprise, as it was impressively huge and showed a system of tunnels and rooms beneath the city to protect the citizens during World War II. 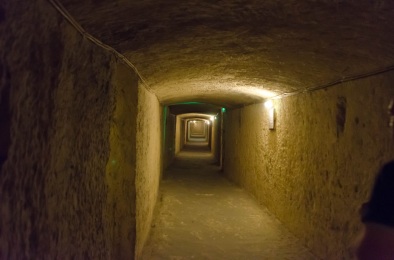 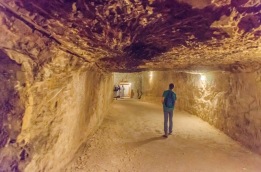 From there we went down, crossed the street and went even further down to the Grotto of the Madonna, which offers a shrine with a unique ambiance, and waters that are said to have healing powers.

Hungry for more, we quickly checked in and then went to another nearby attraction, something completely different, Popeye Village. We took a taxi going there, given that it was already afternoon and the searing sun was just too much to bear. There wasn´t much time left, and quickly we arrived. It is only a few kilometers away from Mellieha and the former film set of the movie “Popeye” (1980) with the late Robin Williams.

The movie village is not that huge, but beautifully located in a bay. Inside we saw some exhibits, a movie and you could enter many of the houses. There was also some performance including dancing and singing. I wouldn’t spend a day there, but it was a fun little stop. 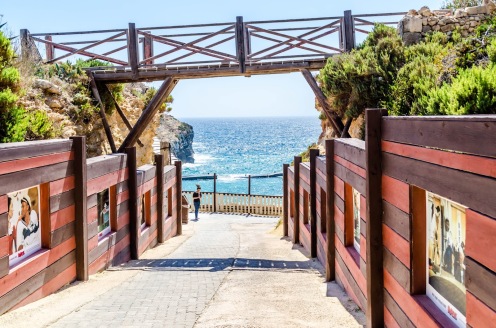 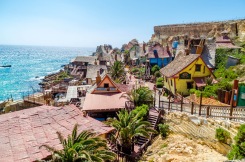 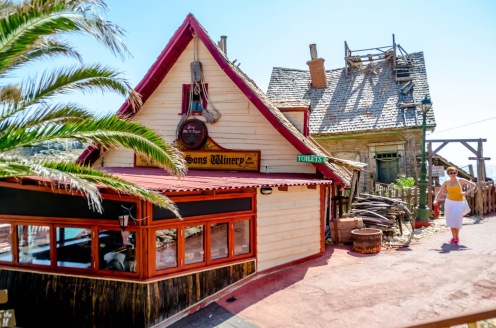 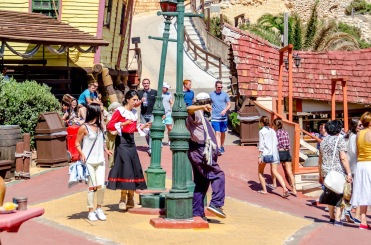 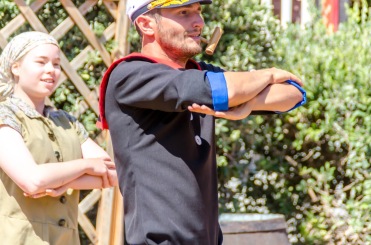 From Popeye village, we first walked up a bit, for a panorama of the town, and then decided to walk along the road to the beach at Mellieha Bay, which was just about 2 kilometers away. Opposite the beach is the entrance to the Ghadira Nature Reserve, but we were too late, and it was already closed. Close by, we found some kind of Holiday Center and instead went to the supermarket there before we took a bus from the beach back and up to the main city and the hotel. 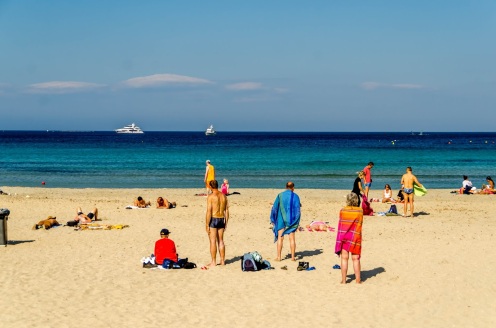 Our room in the rather big hotel was okay and even had a balcony. However, we were soon out again, as we looked at the restaurants in the street, which all seemed attractive. We found a nice one and had a delicious dinner and then went back to our room and soon fell asleep, regaining strength for the next sightseeing day!