Unfortunately, we still had a long way to go to our next destination Dubrovnik. As we had planned to stay in Dubrovnik for one night only, we wanted to be there early to have some time to see the old town, which is another World Heritage Site. So we had to get up very early to be at the bus station at 5 a.m. When we bought the ticket for the autotrans bus at the bus station a day earlier (it cost 182 Kuna or about 24 Euro per Person for this 5-hour trip), the saleswoman told us to be there early, because the long-distance bus might come earlier or later. We did, and that turned out a good thing, as the bus indeed came and left 10 minutes early. But before that, we had a problem to find the right terminal. All the 1-8 platforms are on one side where the 9 was on the opposite side and no clear distinction as a platform. 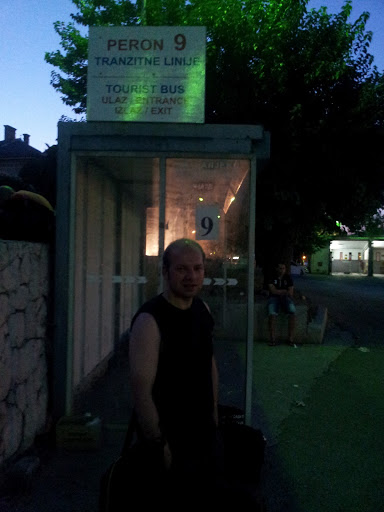 We had gotten seat numbers, and the bus was already relatively full. The conductor came back to us after we already sat for a few minutes and told us that our ticket has the wrong date. But it then turned out fine, – after a little confusion – explained and showed that we had the right date and the other date written on the ticket was only the date of the day we bought that ticket. We then had a stop in Split, where we could go out of the bus for a few minutes. When we came back, there were two girls sitting in our places, with our stuff lying on the floor. Their father, a Frenchman, rudely told me that these are their seats. When I told him, that these were actually our seats, he annoyingly demanded to see my ticket, before reluctantly ordering his daughters to change their seat. 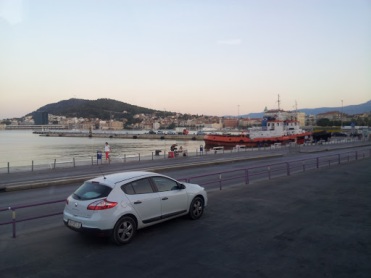 When we left Split on our way to Dubrovnik, the bus was already full. Many passengers at our next stop in Makarska were not able to get in. That was thankfully not our problem. We travelled along the Adriatic coast and then entered for a short time a strip of highway in a town called “Neum” that belongs to Bosnia and Herzegovina, where we needed to show our passports at the border. The bus made another short stop at a restaurant later on. We just bought some cookies there before we nearly left without the French family, who came in back to the bus last and when the coach was already starting to drive away. 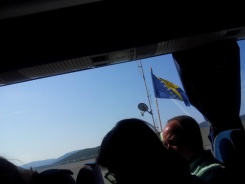 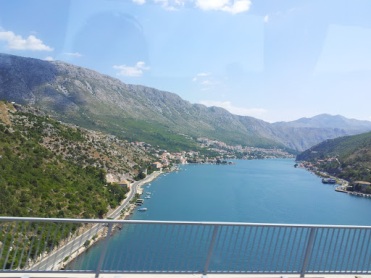 Finally, with a one hour delay, we reached Dubrovnik in early noon – a bit exhausted after the six-hour journey I must say. We walked from the bus station to our overnight accommodation, “Apartments Batala”, which we had found and booked with BookingDotCom (we used booking.com actually for the first time for this vacation because many accommodations didn’t really have their own online booking systems – but everything turned out fine). The Apartments Batala is located at the end of the bay, in walking distance to the ferry pier, where we would leave the next day for the island of Mljet. They are not in the old town, but on the Lapad Peninsula with a bus station for buses to the old town just a few meters away. 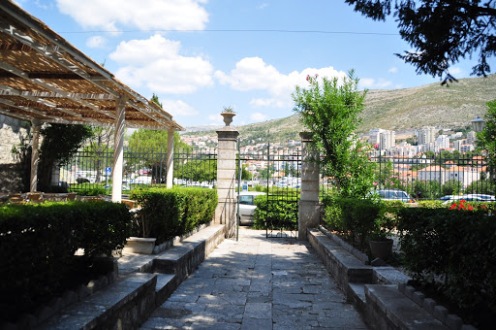 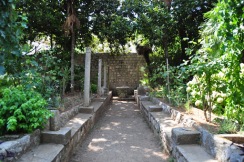 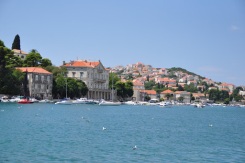 We were still too early for the check-in but could leave our stuff there for an hour and used the time to go shopping, including new Compeed for my friend`s blistered feet, which turned to be a wound by walking all the time on flip-flops which he was not used to it. We also came to a little market, the ferry pier and then again the bus station, when we went along the coast to get a better view of the interesting bridge, I wanted to photograph. At the bus station, we also bought something, we should have purchased earlier: a new Croatian SIM-card for the cell phone and prepaid card, which made the phone calls (to Germany) a whole lot cheaper (just about 1 Cent per minute for international calls). 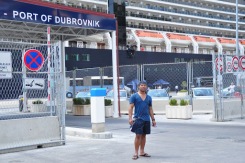