We slept a little longer and then had a rather big breakfast buffet – that reached from bread, desserts, fruit to fried rice, meat, and soup – at the Yuhao Hotel in Zhubei, Taiwan. Our original plan was to take a bus to the Lion’s Head Visitor Center and then hike on the  Historic Trail to the Quanhua Temple. As it was raining cats and dogs – actually the first time in our whole holiday – we, unfortunately, had to skip that plan. 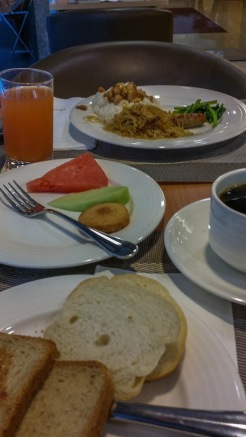 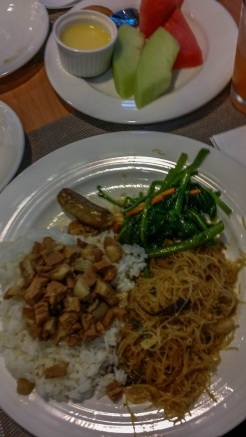 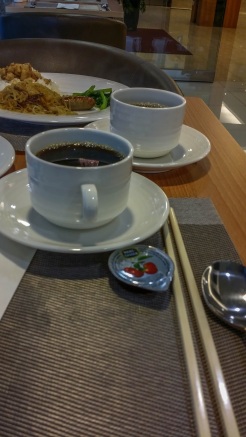 We were already late and then walked past the street where the Tourist shuttle departs (Taiyuan Street). When we realised that, we walked quickly back but were too late. The bus stop for the Tourist Shuttle is not really a bus stop. There´s only the sign and logo for the Tourist Shuttle above the parking cars and motorcycles. So we had to wait for another hour for the next one and walked to the Zhubei Train Station, to do something useful – we bought the train tickets for the next day. 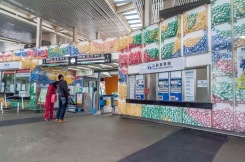 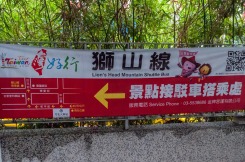 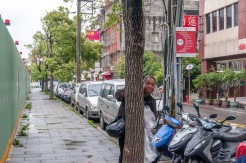 It was still raining when we were back at the bus stop, and we nearly had the bus for us alone. In this lousy weather apparently, no one wanted to visit the area. We only had this day to see the region, so off we went! Our first stop after about an hour in the bus was the village of Beipu. It was just a short walk from the bus stop to the Beipu Old Street and to the Citian Temple. It was still raining, so there weren’t many other tourists, and most shops were closed. The temple, however, was fascinating. We didn’t stay that long and took the next bus to continue the journey. 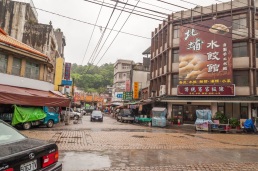 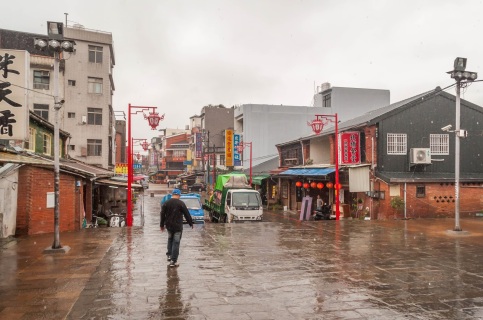 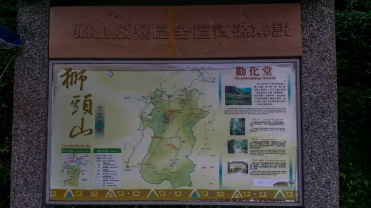 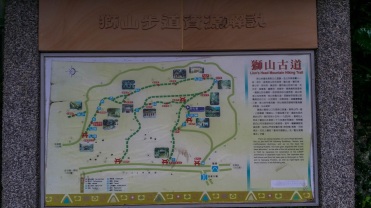 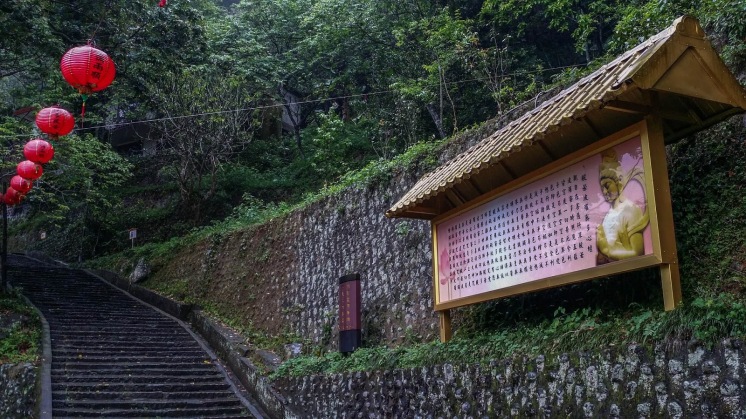 The temple complex is built into the cliff face and dedicated to the Jade Emperor. Actually, the bad weather made the temple even more interesting. There was fog all around, and the temple itself is surrounded by the woods and mountains. There were also no crowds (until a tour group arrived…), which made it a very peaceful and atmospheric location. I really loved it there, and the temple alone was worth the excursion into the area – even when it was still raining. 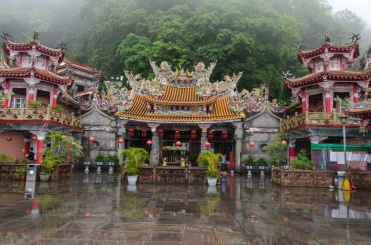 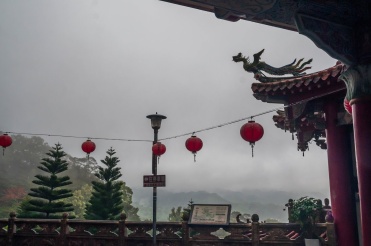 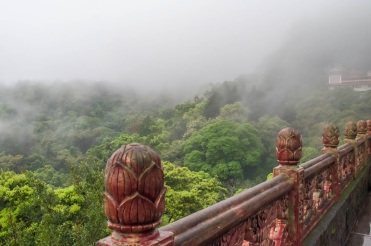 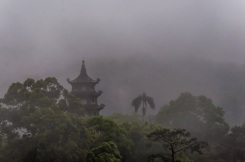 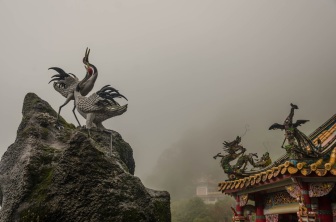 We took our time there at the temple. It is something that I liked very much about Taiwan – one moment you´re in a busy city and just a bus ride away you´re suddenly at a tranquil mountain Temple. Unfortunately, there wasn’t enough time to continue to Nanzhuang, as the final Tourist Shuttle from Nanzhuang back to Zhubei leaves already at 3.30 p.m. (on weekdays). To really see the area and the various attractions, you need to base yourself at Nanzhuang for a few days, I think. Especially as there are even more Taiwan Tourist Shuttle Routes from Nanzhuang like the Xingtian Lake Route and the Xianshan Route. Unfortunately, we didn´t have the time for that, and so we took the Minibus back to the Lion’s Head Mountain Visitor Center, where we changed into the Taiwan Tourist Shuttle Lion’s Head Mountain Route back to the Zhubei Train Station. 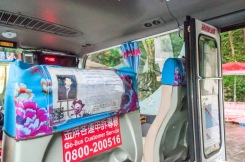 It was still raining, but it was not yet dark, so we decided to walk from the bus stop to the nearby Jhubei Tianhou Temple and stocked up our supplies at a shop before we walked back to the hotel. We had toyed with the idea to also see the Fangliao Yimin Temple, but we would have needed to take a cab to it and back. 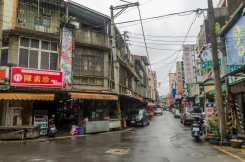 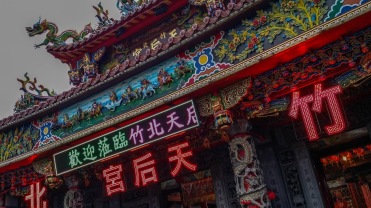