We had reserved a day trip by boat to Malta’s most famous (arguably) attraction, the Blue Lagoon. After an excellent breakfast with a variety of stuff at the Maritim Antonine Hotel & Spa, we took a bus from the Adenau Bus Stop in Mellieha to the nearby Tunnara Bus Stop. From there, it was just a very short walk to the pier.

We were a bit too early and had some excellent coffee at the beach, but when we looked for our boat, we found nothing. We made our reservation online but didn’t have to pay in advance and had gotten no confirmation. At the scheduled departure time, there still wasn’t the boat. Fortunately, there was another boat company “Oh Yeah Malta,” selling tickets for the same trip to the Blue Lagoon and a departure just a few minutes later than our planned one. We gladly bought tickets there and immediately boarded the boat. 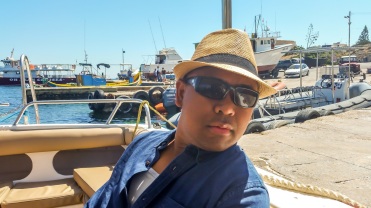 There weren’t many guests, so they took their small boat. That wasn’t bad, as the smaller craft really went fast for an exciting ride. On the way, we stopped at some points, like the Smuggler’s Cave, for a view. It didn’t take long, and we arrived at the Blue Lagoon which is located on the island of Comino.  Comino, formerly known as Ephestia, is a 3.5 square-kilometers-island situated between the main island of Malta and Gozo. You also can visit the Blue Lagoon as a day tour from Valletta or from the island of Gozo. But from Mellieha, it’s a much shorter boat ride, than from Valletta. 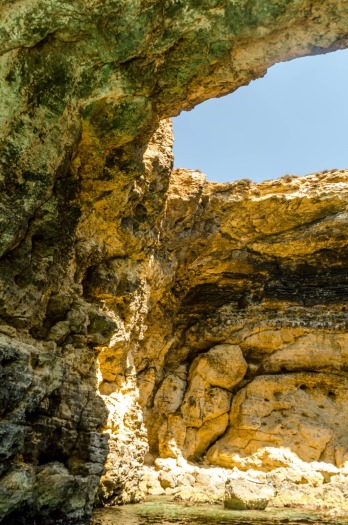 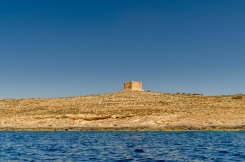 When we reached Comino, we were told that we’re to come back (to the larger boat), and we had plenty of time on the island, as the boat going back to Mellieha would depart in the late afternoon. There were already plenty of people, lots of snack bars, deck chairs for rent and of course the crystal clear water. There’s just a really small sandy beach area, so people were mostly lying on rocks. It reminded me a bit of Croatia, where we also visited mostly rocky beaches, like in Losinj Island or the Island of Hvar. Coming from the Philippines, I’m of course used to sandy beaches, like in Sabang or Araceli. But I veered off from the subject… 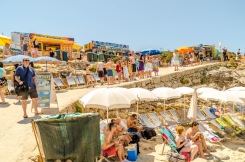 We decided to take a walk first, as we saw a tower, which turned out to be Saint Mary’s Tower, built in 1618 to defend the island. It was scorching already, and it took a while to walk there, but the view all around going to the tower is already fantastic. 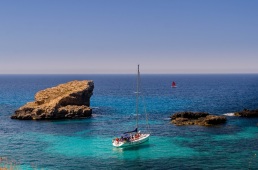 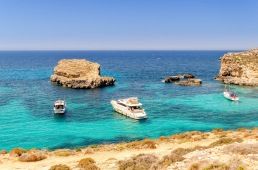 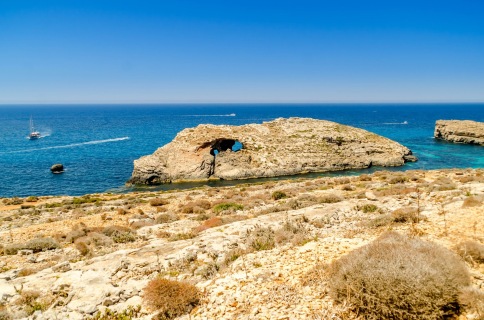 The tower was open, so we went to see the small exhibition there. One can also walk up the tower, which we of course did, to see the view of the island from the rooftop. 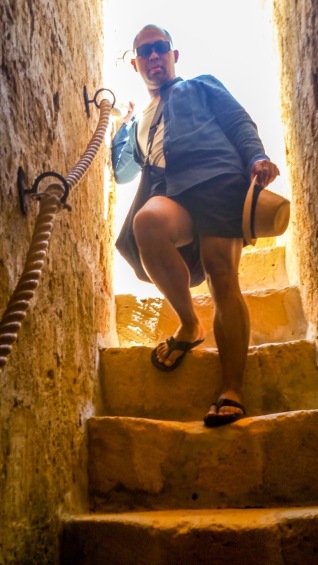 From the tower, we had seen a path leading to the other side of the island, and we decided to walk there before returning to the lagoon. It actually worked fine, thanks to Google Maps, and we came to the “Chapel of Our Lady’s Return from Egypt” and then the Comino Camp Site, which few meters walk to a kind of a sandy beach on Santa Marija Bay. 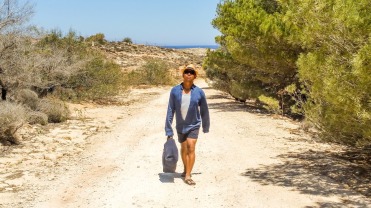 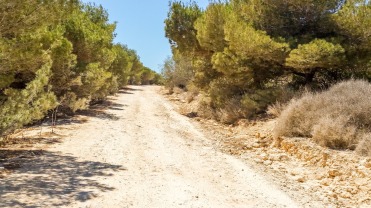 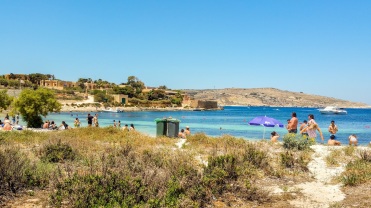 After a short break, we continued back to the beautiful Blue Lagoon and allowed us to rent (an outrageously expensive) deck chairs to spend the rest of the time until departure at the water, to relax, swim in the crystal-clear blue but frigid waters and get some snacks at the many food stalls. The Lagoon was quite crowded, but still quite extraordinary.

Finally, we took the boat and soon were back at the pier in Mellieha. 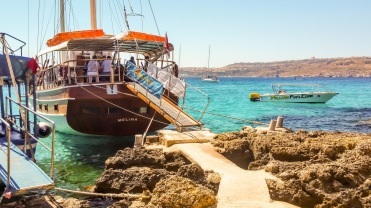 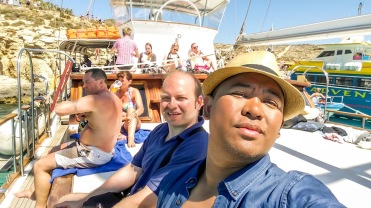 From the beach in Mellieha, we had seen an attractive red tower at the top of a hill, which turned out to be Saint Agatha’s Tower, also called the Red Tower, built between 1647 and 1649. I really wanted to see it, and so we took a bus in the direction but missed the right bus stop. This turned out to be no problem, as we could just take the next bus back to that stop and from there it was only a short walk. Unfortunately, it was already closed, but it looked great from outside. There were three people at the entrance and based on the sound of the way they were talking, it seems a big drama of life is unfolding. 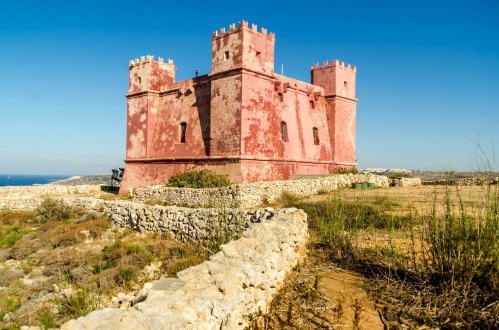 From the Red Tower, we took the next bus back to the main city area in Mellieha and fortunately didn’t have to get the bus at Mellieha Beach, as it was full then and didn’t take people in anymore. We were soon back at the hotel and later had another fantastic dinner in a restaurant along our hotel’s street. The next day, we would already leave for the island of Gozo.